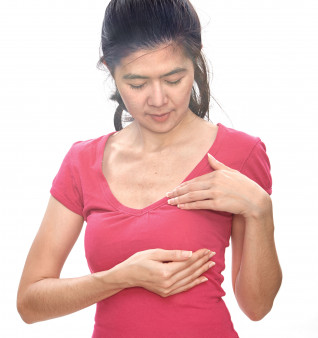 The Food and Drug Administration recently approved the checkpoint inhibitor Keytruda (pembrolizumab) for people with newly diagnosed triple-negative breast cancer (TNBC) who are at high risk for recurrence.

The Phase III Keynote-522 trial included 1,174 participants with previously untreated Stage II or III (nonmetastatic) TNBC that was operable but likely to relapse. Before undergoing surgery, they were randomly assigned to receive Keytruda or a placebo every three weeks for six months along with two different chemotherapy regimens. After surgery, they continued to receive Keytruda or the placebo alone.

Nearly two thirds (63%) of people treated with Keytruda plus chemotherapy before surgery had a pathological complete response—meaning no evidence of remaining cancer in their breast tissue or lymph nodes—compared with 56% in the placebo group. Over three years, those who used Keytruda were 37% less likely to experience disease progression that precludes surgery, local or distant recurrence, a second primary cancer or death from any cause.

The approval “has the potential to change the treatment paradigm by now including an immunotherapy as part of the regimen for patients with high-risk early-stage TNBC,” says Joyce O’Shaughnessy, MD, of Baylor University Medical Center.