The presidential hopeful’s nonprofit hoped to speed a cure for cancer.

UPDATE 11/19/20: Accusations circulating in certain media outlets that the Biden Cancer Initiative raised money for salaries and conferences but did not dispense grants are rooted in a basic misunderstanding of the organization’s purpose, and are fundamentally misleading. Get the full story in this new Cancer Health article, The Truth About the Biden Cancer Initiative.

The Biden Cancer Initiative, a nonprofit cancer foundation set up by Democratic presidential hopeful by former Vice President Joe Biden has suspended operations, it announced this week. The organization, which worked with health care partners around the world, pledged to help speed a cure for cancer, The Associated Press reports.

The nonprofit’s closure comes just two years after it was founded in 2017 by Joe Biden and his wife, Jill, as an extension of the White House Cancer Moonshot program, which Biden led during his tenure as vice president in an effort to accelerate a cure for cancer. The program was a tribute to his son Beau, who died of cancer in 2015.

During its run, the Biden Cancer Initiative promoted nearly 60 partnerships with pharmaceutical companies, health care firms, charities and others, which pledged more than $40 million to improve cancer treatment around the world. The Bidens resigned from the group’s board in April as an ethics precaution before he announced his presidential campaign. Insiders say the nonprofit struggled to continue its work without them.

“We tried to power through, but it became increasingly difficult to get the traction we needed to complete our mission,” said Greg Simon, the nonprofit’s executive director, in a recent press release about the closure.”

If Biden had remained on the board, his involvement with the foundation would likely have been criticized on the campaign trail. The nonprofit was known for its close work with corporations, political allies and drug firms, whose interests would have likely posed problems if Biden returned to the White House.

According to Simon, the Biden Cancer Initiative will maintain three board members during its hiatus, which, under federal nonprofit rules means it will not have to reincorporate if revived at a later date.

The announcement comes a month after Biden promised on the campaign trail that he’d cure cancer if elected president. To learn more about the candidate’s track record with cancer policy, click here. 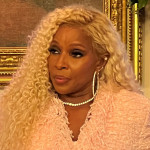