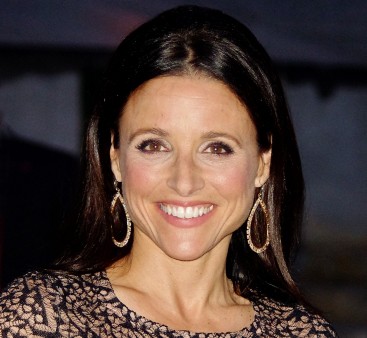 After revealing her breast cancer diagnosis in late September, the Emmy Award–winning actress chronicles her cancer journey while her hit HBO show puts filming on hold.

Julia Louis-Dreyfus, star of HBO’s pitch-dark comedy Veep, told the world in a September 28 Instagram post that she had been diagnosed with breast cancer.

Just when you thought...

Since then, HBO has announced that Veep’s production will be put on hold until its star is ready to return to work.

Louis-Dreyfus, 56, became internationally famous for her iconic role as Elaine Benes on Seinfeld, for which she was nominated for multiple Emmys and Golden Globes, and won one of each. Her comedic skills are unparalleled, as she’s shown in her real life as well, with hilarious photos and videos on her Instagram account. One of her more recent posts, on October 19, shows her all dressed up after her second round of chemotherapy—in a hoodie, giant aviator sunglasses and a narrow handlebar moustache drawn in marker.

Chemo #2: finito. We are NOT fucking around here. “I’ve got the eye of the tiger. The Fighter dancing through the fire cuz I am a champion and your’re going to hear me ROAR.” Thanks to @mrtonyhale & @timothycsimons & @katyperry for their hilarious and loving inspiration.

Follow Louis-Dreyfus on Instagram for her wry take on life, breast cancer treatment, awareness and support (dig her behind-the-scenes 2017 Emmys glamification). In the meantime, we’ll be eagerly awaiting Veep’s seventh and last season, set to begin in 2018.