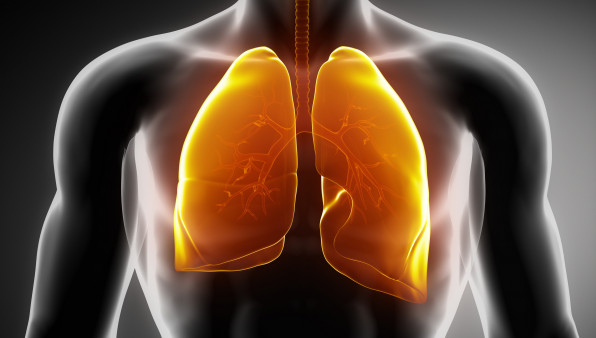 The immunotherapy drug shows the most benefit for newly treated people with tumors that test positive for the PD-L1 biomarker.

The checkpoint inhibitor Keytruda (pembrolizumab) continues to be a safe and effective treatment for non-small-cell lung cancer (NSCLC), leading to an improvement in overall survival at five years, according to long-term follow-up data presented at the American Society of Clinical Oncology (ASCO) annual meeting in Chicago.

In the KEYNOTE-001 study, which began enrollment at the dawn of the immunotherapy era, nearly a quarter of people who had not previously been treated with chemotherapy and about 15% of treatment-experienced patients were still alive five years later, reported Edward Garon, MD, of the UCLA David Geffen School of Medicine in Los Angeles. In contrast, people treated with chemotherapy historically had a five-year survival rate of around 5% before the arrival of immunotherapy.

“The uniformly negative outlook that has been associated with a diagnosis of advanced non-small-cell lung cancer is certainly no longer appropriate,” Garon said. “The fact that we have patients on this trial that are still alive after seven years is quite remarkable. We also have evidence that most patients who are doing well after two years on pembrolizumab live for five years or more.”

Non-small-cell lung cancer, which accounts for more than 80% of all lung cancers, is often detected late and has a high mortality rate. Initial treatment typically involves chemotherapy. People with specific tumor mutations may be eligible for targeted therapies, including ALK and EGFR inhibitors, but these mutations are present only in a minority of patients.

Keytruda is a PD-1 checkpoint inhibitor, a type of immunotherapy that helps the immune system fight cancer. PD-1 is a receptor on T cells that plays a role in regulating immune function. Some tumors can hijack PD-1 to turn off immune responses against them. Drugs that block PD-1 or its binding partner, known as PD-L1, can release the brakes and restore T-cell activity. People with higher PD-L1 levels in their tumors tend to do better on checkpoint inhibitors, but this is not a reliable predictor of individual response.

KEYNOTE-001, the first clinical trial of Keytruda for people with NSCLC, started enrollment in 2011. It included 550 people with locally advanced or metastatic NSCLC, 101 of whom had not previously received other treatments. They did not have ALK or EGFR mutations that would make them eligible for targeted therapies. Among the untreated participants, 27 had tumor PD-L1 expression levels of 50% or higher and 52 were in the 1% to 49% range. Among the previously treated patients, 138 had PD-L1 expression levels of 50% or higher, 168 had levels of 1% to 49% and 90 had levels below 1%.

All participants in this Phase Ib study received Keytruda at a dose of 2 or 10 milligrams per kilogram of body weight every two or three weeks; today, the usual dose is 200 mg every three weeks regardless of weight.

Initial results showed a favorable overall response rate, meaning complete or partial tumor shrinkage, especially in the subgroup of participants with PD-L1–positive tumors. Based on these data, Keytruda received accelerated approval for people with advanced NSCLC in 2015. However, rapidly approved therapies are required to undergo further evaluation to ensure that they offer clinical benefit—ideally improved survival—with longer follow-up.

As of November 2018, at which point participants had been followed for a median of 60.6 months, 18% of them were still alive. The estimated five-year overall survival (OS) rates were 23.2% for previously untreated people and 15.5% for treatment-experienced patients.

Garon further reported that the overall response rates—consisting mostly of partial responses—were 41.6% for previously untreated participants and 22.9% for those who had been treated before. However, the duration of response was longer in the treatment-experienced group (16.8 months versus 38.9 months, respectively).

Among the 60 participants who received Keytruda for two years or more, the overall response rate was 86.0% and the OS rate was 78.6% for the previously untreated group, and 91.0% and 75.8%, respectively, for the treatment experienced group. In the latter group, the median duration of response was not reached because a majority were still responding.

Keytruda continued to appear generally safe and well tolerated with longer follow-up. A concern with checkpoint inhibitors is that in addition to restoring immune responses against cancer, they can unleash the immune system more broadly, leading to inflammation of healthy organs. At five years, 17% of patients had experienced such immune-mediated adverse events, similar to the rate reported at three years of follow-up. The most common immune-mediated side effect was hypothyroidism.

“These data are similar to what we have seen in other cancers treated with immunotherapy in that there is a population of patients who can live for five years or more,” ASCO expert David Graham, MD, of the Levine Cancer Institute in Charlotte, North Carolina, said in a press release. “It’s truly remarkable that for more patients than ever before, we no longer have to count survival in months. However, we still have a long way to go to improve outcomes for all advanced NSCLC patients.”