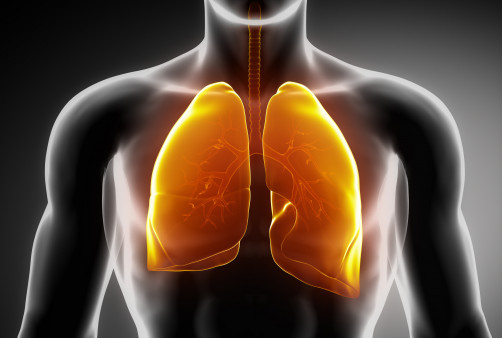 Immunotherapy combination reduced the risk of death by 36 percent compared with chemotherapy alone.

The Food and Drug Administration this week added another approval for the checkpoint inhibitor Keytruda (pembrolizumab) as a treatment for people with advanced non-small-cell lung cancer (NSLC), based on study findings presented at conferences this year.

The latest approval is for Keytruda plus carboplatin and either paclitaxel or Abraxane (nab-paclitaxel, a protein-bound formulation of the older drug) for first-line treatment of metastatic squamous NSCLC, a less common type that accounts for around a quarter of all lung cancers.

The recommended Keytruda dose is 200 mg by IV infusion every three weeks until disease progression, unacceptable side effects or two years of use.

In August, Keytruda was approved in combination with Alimta (pemetrexed) and platinum-based chemotherapy for previously untreated people with metastatic nonsquamous NSCLC that lacks targetable EGFR or ALK genetic mutations. It is also approved as a single drug for first-line treatment of patients with metastatic NSCLC with high tumor PD-L1 levels (50 percent or higher), and for follow-up treatment of people with PD-L1 positive (at least 1 percent) metastatic NSCLC who experience disease progression on platinum chemotherapy or targeted therapies.

Non-small-cell lung cancer, which accounts for more than 80 percent of all lung cancers, is often detected at a late stage and has a high mortality rate. Lung cancer is the leading cause of cancer-related death for men and women in the United States, according to the National Cancer Institute.

Keytruda is an immunotherapy medication that blocks the PD-1 receptor, an immune checkpoint on T cells that regulates immune function. Some tumors can hijack PD-1 to turn off immune responses against them. Drugs that block the interaction between PD-1 and its binding partner, known as PD-L1, can release the brakes and restore T-cell activity.

Keytruda and other checkpoint inhibitors do not work for everyone, and experts do not yet know how to predict who will respond. A large number of clinical trials are therefore looking at specific patient groups based on their prior treatment history and presence of genetic biomarkers. People with higher PD-L1 expression on their tumor cells or immune cells in tumors tend to do better on this type of treatment, but it is not a reliable predictor of individual response.

As reported at recent medical conferences and in the New England Journal of Medicine, the Phase III KEYNOTE-407 trial showed that Keytruda plus chemotherapy works better than chemotherapy alone as initial treatment for people with metastatic squamous NSCLC.

At the American Society of Clinical Oncology (ASCO) annual meeting in June, Luis Paz-Ares, MD, PhD, of Hospital Universitario 12 de Octubre in Madrid, reported that people randomly assigned to received Keytruda plus carboplatin and paclitaxel or Abraxane had a median overall survival of 15.9 months, compared with 11.3 months for those who used chemotherapy alone. At the second interim analysis (median 7.8 months of follow-up), 69.4 percent of those taking the combination were still alive, compared with 57.3 percent of those taking only chemotherapy.

The median progression-free survival—meaning study participants were still alive without worsening of disease—was 6.4 months in the combination group, compared with 4.8 months in the chemo-only group. The objective response rate—meaning complete or partial tumor shrinkage—was 57.9 percent versus 38.4 percent, respectively.

Benefits were seen across PD-L1 levels. The reduction in the risk of death was close to 40 percent for people in all PD-L1 expression categories. Those with less than 1 percent expression saw about the same improvement as those with 50 percent or higher expression (39 percent and 36 percent reduction in mortality, respectively).

At the World Conference on Lung Cancer in September, Balazs Halmos, MD, of Montefiore Medical Center in New York, presented additional data showing that the addition of Keytruda improved overall survival, progression-free survival and response rates regardless of whether it was used with paclitaxel or Abraxane. Survival and response rates were numerically higher with Abraxane than with paclitaxel, whether it was used with or without Keytruda, but severe side effects were more common.

Treatment with the Keytruda combination was generally safe, but side effects were common. About 70 percent of patients in both the combination and chemo-only groups experienced severe adverse events. However, adverse events leading to treatment discontinuation were twice as common with the Keytruda combo compared with chemotherapy alone (13.3 percent versus 6.4 percent). The most common side effects in both groups were blood cell deficiencies, hair loss, nausea, diarrhea and loss of appetite.

A concern with checkpoint inhibitors is immune-related adverse events. In addition to restoring immune responses against cancer, the drugs can also take the brakes off the immune system more broadly, leading to excessive inflammation of healthy tissue. Immune-related adverse events occurred in 28.8 percent of Keytruda combo recipients compared with 8.6% of those who used chemotherapy alone, with thyroid damage and lung inflammation being the most common.

Click here to read the full KEYNOTE-407 report in the New England Journal of Medicine.