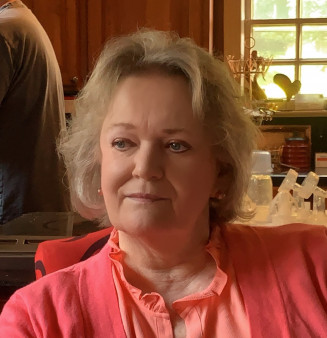 Sanda Cohen, 63, a retired physician in Louisville, Kentucky, has lived with Stage IV lung cancer a year longer than she was told she would.

I had been working full-time for a year and a half at a new job after the private pediatrics practice where I was one of the owners merged with a large group. I was very tired and not quite feeling myself, but I just thought it was because I was getting older. I had developed a cough, which was not unusual for me, as every fall I get allergies. Then, near Thanksgiving, I couldn’t even walk across a room without experiencing shortness of breath.

I went to the emergency room. It was a Saturday night, so I didn’t get a lot of testing done until Monday morning. The routine chest X-ray they took didn’t show anything, so they did a lung CT scan, which showed the severity of the problem. A large pleural effusion was causing a buildup of extra fluid in the space between my lungs and the chest wall. I had to have a thoracentesis to drain almost 2 liters of fluid off my right lung. During this procedure, the doctor inserts a needle into the gap between the pleura—the membranes that surround the lungs—and the inner chest wall.

Then I had a bronchoscopy so doctors could look at my lungs and air passages. Everything was done pretty quickly there within 48 hours. Initial biopsies showed cancer; it was an adenocarcinoma, a type of cancer that originates in the glands that line an organ—in my case, the lungs. Later, they did an MRI of the brain and a PET scan of the entire body to see if there was cancer anywhere else. Everything else was OK, but I had pleural metastasis, which had spread outside my lungs. In addition, I had mediastinal lymphadenopathy, an enlargement of my mediastinal lymph nodes. Because the pleural effusion was malignant, I ended up being diagnosed with Stage IV non-small-cell lung cancer.

I was fortunate in that the findings from a panel of genetic tests showed that I would benefit from immunotherapy. The plan was to start me out with two chemo drugs followed by a checkpoint inhibitor immunotherapy drug. In my case, neither surgery nor radiation were options at that time. I was to take immunotherapy for the first six months, and then they’d do another assessment.

The first thing I thought was that if I lost my hair, well, I never liked it anyhow. But they explained that with the kind of chemotherapy and immunotherapy I was having, people often don’t lose their hair.

After the initial shock, I prepared for what I thought would be the biggest battle of my life. The one positive event in this month was that my first grandchild was born on Christmas morning, which we all took to be a very special omen. I worried that I’d hardly be able to see him. I was really kind of mad that cancer was interfering with me being a grandparent. Then I had to have a port put in so they could inject the drugs every three weeks. The sessions lasted about three to four hours. Side effects from the treatment started. The biggest issue was fatigue. I also experienced nausea, anemia, a rash and itching, and I had a second thoracentesis procedure.

Every three months, they do a PET scan to see how I’m doing. After more fluid accumulated in the pleura of my right lung, I had to have a third thoracentesis. But things were looking good; my doctors were happy because this combination of drugs seemed to be doing the trick. The main mass had shrunk down by half, which was apparently a pretty remarkable response.

My follow-up tests showed a further decrease in the size of the tumor. I got all my treatment done at the Norton Cancer Institute, which is a separate building adjacent to Norton Brownsboro Hospital. It was brand-new and had just opened the month I had been diagnosed. At Norton, you just need to go into one building to get your lab work done, receive your results and see the doctor and then receive your infusions of chemotherapy and immunotherapy. It’s a beautiful facility, and I feel very fortunate to be a part of it.

At the end of February, I completed the scheduled three months of the platinum-based chemotherapy drug I was taking. My oncologist suggested that I consider talking about immunotherapy. The results I saw from my successful scans convinced me to become an advocate for lung cancer awareness.

A lot of people think that when you hear you have Stage III or Stage IV lung cancer, it’s time to call a hospice. Initially, they told me that I had only six to nine months, unless I was lucky enough to qualify for one of the immunotherapy drugs, which I did. You’ve got to appreciate the technology and where we are in medicine right now that we have so many options that can help people live longer and more productively than ever before.

When I began feeling better, my husband, who is retired, and I started watching our grandson for about two days each week. His parents are both teachers. The biggest change in my life is that I’m unable to work. My job as a pediatrician involved seeing sick children on a daily basis. When you’re on chemotherapy, you have to be careful to avoid sick people and situations where you might be exposed to viruses. But I’ve worked my entire life since I was 16 years old, so staying home was unusual and definitely a change.

I completed the scheduled course of my second chemotherapy drug. Now, I would just be on infusions of the immunotherapy drug every three weeks for as long as I did well on it without any severe side effects.

There’s no sign of pleural metastasis, and my lymph nodes have gone down. I also decided to officially retire, since I had turned 62. I put away the thought of trying to work part-time. I thought about it for a long time but didn’t think I could do it because of the level of fatigue I was feeling. Still, I was doing better than I expected! This is the month I also received five sessions of stereotactic body radiation therapy. Also, the treatment involves a radiation oncologist applying extremely precise and very intense doses of radiation directly to the tumor.

Overall, I was continuing to do well. But very gradually, I started to put on weight. For a long time, I was literally too exhausted to do anything. This is something that happens not only due to inactivity; a lot of people have noticed this side effect when taking this immunotherapy drug.

Kentucky—my home state—got the stay-at-home order because of the coronavirus, and everyone has been social distancing. We are seeing select family members who are also social distancing but not any friends. My husband and I have been getting out and walking quite a bit. We live right next to a park, so we’ve been able to walk every day.

I am working on my diet now and have started to lose some of the weight I’ve gained. When you’re home more, you tend to eat. Luckily, we’ve had beautiful spring weather that’s allowed us to get out and walk daily.

Happy news! We just welcomed my second grandchild into the world!

There’s been a lot going on in the world right now, so nothing has come up yet as far as going out and speaking in public. I’ve done a few other interviews for other health care venues to get the word out during a time when you really can’t get out and do much publicly.

I just want to share with people who have cancer that they should continue to fight, get out and appreciate each and every day (abiding by coronavirus restrictions, of course), and always follow their doctors’ advice. I know that some people still refuse to do genetic testing. Immunotherapy has changed so many individuals’ lives. These days, there are many options out there besides traditional chemotherapy, surgery and radiation.

There’s never a good time to get cancer. But so much has changed in cancer diagnosis and subsequent therapy that if someone is diagnosed with it, there is more hope than ever. But you can’t give up!