What Is Multiple Myeloma?

Outcomes are improving for this hard-to-treat blood cancer.

Multiple myeloma is a blood cancer that affects the bone marrow, where new blood cells are produced. About 30,800 people in the United States will be diagnosed with multiple myeloma, and about 12,800 people will die from it this year, according to the American Cancer Society.

The abnormal plasma cells can clump together to form tumors. Excess myeloma cells may interfere with cells that repair bone, leading to bone loss and fractures. They can crowd out the normal blood-forming cells in the bone marrow, leading to low red and white blood cell counts. Abnormal antibody fragments can build up and damage the kidneys and other organs. These fragments can’t fight invaders the way normal antibodies do, which leaves people prone to infections.

Treatment for multiple myeloma has improved and survival has increased in recent years. Options include chemotherapy, steroids, targeted therapies, immunotherapy, radiation therapy and stem cell transplants. Treatment depends on how advanced the cancer is and what symptoms are present.

Traditional chemotherapy works by killing fast-growing cells throughout the body, including cancer cells. Steroids such as dexamethasone and prednisone kill myeloma cells and reduce damaging inflammation.

The immunomodulators Revlimid (lenalidomide) and Pomalyst (pomalidomide) inhibit myeloma cell multiplication. Velcade (bortezomib) and Ninlaro (ixazomib) are proteasome inhibitors that kill cancer cells by blocking the breakdown of unneeded proteins. Empliciti (elotuzumab) is a targeted therapy that activates natural killer cells and helps them recognize myeloma. Darzalex (daratumumab) is an antibody that targets CD38, a protein on myeloma cells.

New immunotherapies have potential as future treatment options. Researchers are studying the checkpoint inhibitors Keytruda (pembrolizumab) and Opdivo (nivolumab), which take the brakes off T cells, in combination with steroids and immunomodulators.

At the 2017 American Society of Hematology meeting, researchers reported that bb2121—an experimental CAR-T therapy that involves genetically reprogramming T cells to attack cancer—led to multiple myeloma remission, in some cases lasting more than a year.

Combination therapy, for example using a steroid, an immunomodulator and a targeted therapy, usually works better than a single drug alone.

While multiple myeloma often improves with treatment, sometimes for years, relapse is still common. But as treatment becomes more effective, the duration of remission is increasing and survival rates are going up. Newly available treatments, as well as those in the pipeline, promise to further improve survival in the coming years. 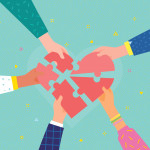