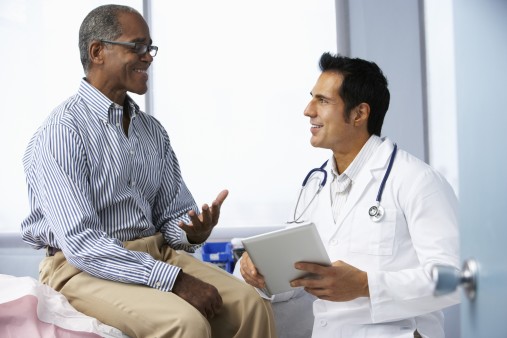 The proportion of patients receiving treatment has doubled since the early 2000s.

Clinical outcomes among people with multiple myeloma have improved in recent years, but notable racial and ethnic disparities with regard to the type of treatment received and overall survival persist, according to a study recently published in the journal Cancer.

Multiple myeloma is a cancer that affects plasma cells, a type of white blood cell that produces antibodies. These malignant cells multiply in the bone marrow and make abnormal antibodies that can build up in the blood and organs. Abnormal plasma cells can clump together to form tumors in the bones or soft tissue, and over time the disease can damage the bones, kidneys and other organs. About 30,000 people develop multiple myeloma and about 12,500 people die from it annually in the United States, according to the American Cancer Society.

Treatment for multiple myeloma has improved and survival has increased over the past few decades. Treatment options include traditional chemotherapy, targeted therapies, immunotherapy, radiation therapy and stem cell transplantation.

Sikander Ailawadhi, MD, of the Mayo Clinic in Jacksonville, Florida, and colleagues analyzed 35,842 patients with multiple myeloma in the National Cancer Institute’s Surveillance, Epidemiology, and End Results (SEER) database with data linkage to Medicare claims between 1991 and 2010. About half were men, 72 percent were white, 16 percent were Black, 7 percent were Hispanic and 4 percent were Asian. The median age was 77 for women and 75 for men.

The researchers looked at myeloma-defining events including anemia, hypercalcemia (elevated blood calcium), kidney failure and bone fractures, type of treatment received, cost of care and overall survival. Treatments included in the study were traditional cytotoxic chemotherapy, steroids such as dexamethasone, immunomodulatory drugs such as Revlimid (lenalidomide) and Thalomid (thalidomide), and Velcade (bortezomib), a proteasome inhibitor that blocks the destruction of abnormal proteins in cancer cells. The new monoclonal antibodies used to treat multiple myeloma, Darzalex (daratumumab) and Empliciti (elotumumab), were not yet available during the study period.

The frequency of myeloma-defining events at the time of diagnosis increased over the entire study period. Bone fractures increased most, from about 7 percent during 1991 to 1995, to 19 percent during 2006 to 2010. However, all events except the need for kidney dialysis decreased during the most recent period, the researchers reported. Looking at racial and ethnic disparities, Black patients had the highest rates of all myeloma-defining events except bone fractures, which were highest among whites.

A growing proportion of patients received any type of treatment over time, rising from about 30 percent during 2003 to 2004 (when Velcade became available) to 63 percent during 2009 to 2010. Immunomodulatory drugs and steroids saw the largest increases, while the proportion receiving traditional chemotherapy remained stable. Stem cell transplantation also rose significantly.

“Health care disparities across races have become an important focus because they are linked with differential outcomes, and mitigating the factors that lead to these disparities is considered an important goal for health care equity,” the study authors wrote. “We report significant trends that are insightful for understanding how the management of multiple myeloma has changed over time and provide a much more in-depth understanding of the factors that may help explain racial disparities. A better understanding and accounting for these factors will ensure that all patients, irrespective of sociodemographic factors, receive benefit from novel therapeutics, health care access and health care use.”