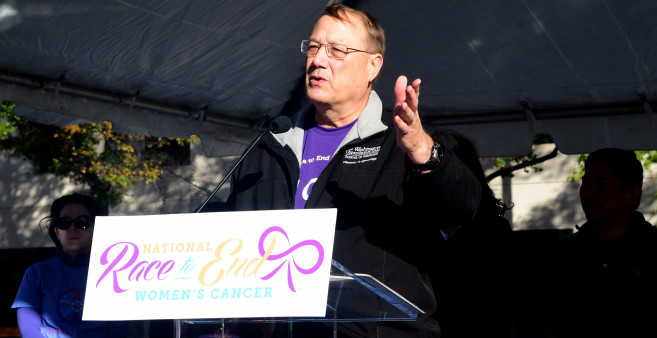 Myths and Facts About Gynecologic Cancers

The Foundation for Women’s Cancer (FWC) was created in 1991 to educate the public about gynecologic cancers and promote awareness, early diagnosis and best treatment practices. Today, its grants program helps fund research into gynecologic cancers—which include cervical, ovarian, endometrial, vaginal and vulvar cancers—and its educational courses teach the public as well as physicians about these diseases. Cancer Health spoke with gynecologic oncologist and researcher David G. Mutch, MD, chair of FWC’s board of directors, about the foundation’s mission, how it’s accomplishing its goals and the importance of the HPV vaccine.

Tell us a little about the Foundation for Women’s Cancer.

FWC is the educational and research-funding arm of the Society of Gynecologic Oncology (SGO). Our mission is to educate both health care professionals and patients about these diseases and the potential for treatment, and to support research so that we can decrease the incidence and societal cost of gynecologic cancers.

Can you tell us a little about gynecological cancers in the United States?

The most common gynecologic cancer is endometrial cancer, and that’s encountered typically by postmenopausal women. Probably the best-known cancer—or the most feared, if you will—is ovarian cancer because the mortality of that disease is the highest.

What role does the HPV vaccine play in making progress against cervical cancer?

There is an opportunity—for the first time in human history—to eradicate a cancer through vaccination. We are beginning to note the slight decrease in the incidence of cancer and precancerous abnormalities, presumably as a result of the vaccine. If 100% of people were vaccinated—men and women—it’s likely that we would prevent this disease altogether. Especially in under-resourced countries that can’t afford screening, the hope is that that the HPV vaccine will be a driving factor in the reduction of the incidence of this disease in those societies. 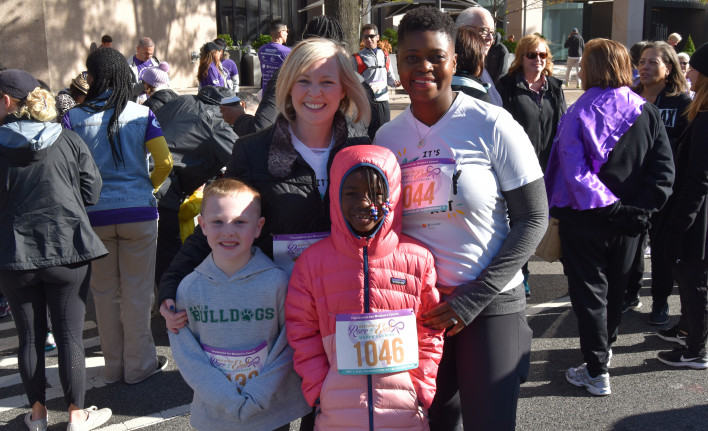 What can people do to prevent gynecologic cancers?

Both men and women should get vaccinated against HPV. If women have irregular vaginal bleeding, they should let their doctor know because endometrial biopsy or biopsy [of the] lining of the uterus is a very easy thing to do and is diagnostic 98% of the time of a uterine cancer. And of course, if they have symptoms of abdominal bloating, early satiety—that is, feeling full—swelling in their abdomen or pain, they should make their doctor aware of it. If it does not get better, certainly then they should push their doctor for an evaluation [for ovarian cancer].

Are there any facts about gynecologic cancers that you would like more people to know?

Ovarian cancer is the most problematic. [Although women with any of the symptoms mentioned should see their doctor], at this time, screening does not seem to significantly affect the stage at presentation or survival [rates], though with ultrasounds and serial exams [and] serial blood testing, it may be that we could make a dent in the survival of this disease. But so far, the studies have been disappointing.

What’s the best way for newly diagnosed patients to educate themselves about their condition?

Clinical trials are the backbone of improving cancer care. The best example would be the pediatric group. Almost all pediatric cancer patients enter a clinical trial, and as a result, the cure rate of pediatric cancers approaches 90% today. So whereas it’s terrible if the child has cancer, thankfully, now in most circumstances, there is significant hope. And that’s because over the last 50 years or more, clinical trials have been the backbone of treatment for those diseases.

Similarly, with ovarian cancer, we don’t necessarily have a cure, but we are steadily working [through clinical trials] toward improving and prolonging patients’ lives who have this disease.

Breakthroughs with regard to endometrial cancer are less striking but more in the modality of treatment—that is, now most patients are cared for with a minimally invasive approach, either laparoscopically or robotically. So the morbidity, complications, discomfort and inconvenience of having the malignancy and surgical intervention are markedly diminished, and quality of life is markedly increased, because of our ability to perform these operations in a minimally invasive fashion.

And that’s connected to clinical trials?

What percentage of women with gynecologic cancer actually participate in clinical trials? 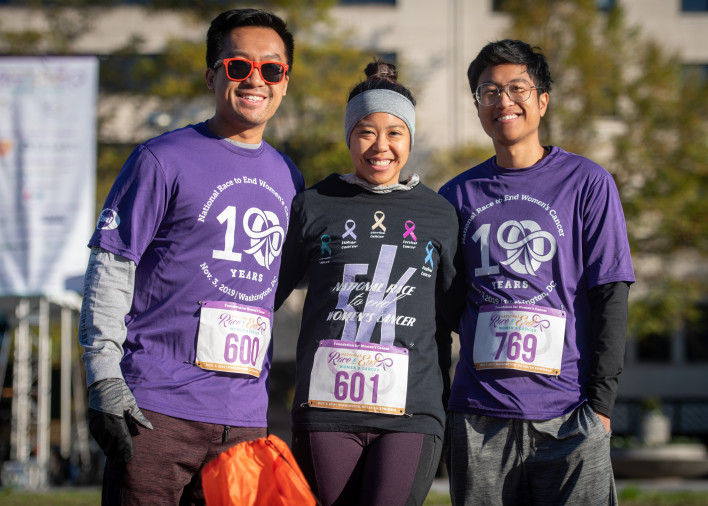 How did you get involved with FWC?

I became involved as a volunteer member of the executive committee and staff and as a contributor to SGO. I was the chair of the awards committee—the research committee—which was a term of six years. We award about $750,000 to $1 million every year for research for young investigators. The return on that investment has been great—it’s well over 20-fold. That is, if we give a $50,000 award, that money is turned into peer review and money for similar research efforts, so that seed money for young investigators has been very, very useful. We certainly have enhanced our understanding of all three of our major cancers—endometrial, cervical and ovarian—through grants that are awarded by the foundation.

Historically, I’ve been interested in endometrial cancer, but I have studied ovarian cancer. In fact, I’ve had several National Institutes of Health (NIH) grants on that topic, but my primary area of interest has been the genetics of endometrial cancer, and we’ve held a SPORE grant on that topic as well as other funding. [The National Cancer Institute gives Specialized Programs of Research Excellence (SPORE) grants to study a specific organ site or a group of highly related cancers.]

Where does the funding for your grants program come from?

It comes from a variety of places. Individuals or organizations or philanthropic organizations sponsor research grants or drug companies—a pharma company might give FWC a grant on a topic like ovarian cancer, for example, to award to an investigator, and they’re scored by committee.

What services does FWC offer to people affected by gynecologic cancers?

Part of our role is patient education, so we offer educational materials. We teach eight to 10 gynecologic cancer education courses and webinars during the year where experts and members of SGO come and teach patients, survivors and caregivers about these cancers and treatment availability. We’ve found those courses to be very useful in terms of educating the public.

We also have the Race4Her (formerly the National Race to End Women’s Cancer) every year in Washington, DC, that features gynecologic cancers to raise money for a cure. Usually, several thousand people participate in that race; this year, it will be in October. And those are just two of a few things that we do to raise awareness for gynecologic cancers.