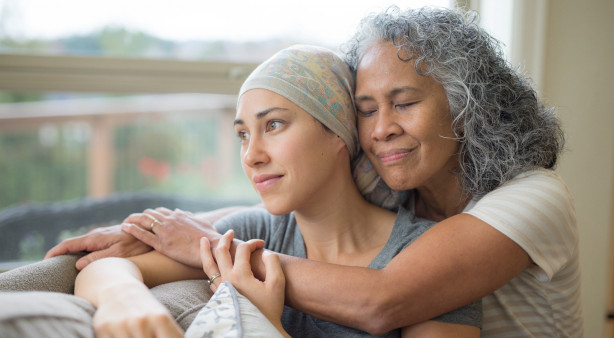 When Needs Arise, These Older Women Have One Another’s Backs

Members of “help insurance” groups accompany one another to appointments, support each other through medical treatment and share information.

NEW YORK — Like many women aging alone, Eileen Kobrin worried that an accident could compromise her independence.

Then, two years ago at age 71, the New Yorker fell while on vacation, breaking her left ankle, and her Caring Collaborative network sprang into action.

One member recommended an ankle surgeon at the nearby Hospital for Special Surgery, who operated successfully. Others brought over a wheelchair, a bath chair and an elevated toilet seat after Kobrin returned to her apartment with instructions to stay off her feet for several months.

Every day, someone would come with lunch or dinner, or just to keep Kobrin company. “It was a tremendous outpouring of support — one of the most wonderful experiences of my life,” she said.

The Caring Collaborative — an innovative program that originated a decade ago in New York City and has since spread to Philadelphia and San Francisco — brings older women together to help one another when short-term illness or disability strikes, addressing an all-too-often unmet need.

People who live alone, like most Caring Collaborative members, frequently worry about finding this kind of assistance. Across the U.S., 35 percent of women age 65 and older fall into this category. For women 75 and above, the number is even higher: 46 percent.

Once these women might have relied on nearby family, neighbors or churches for support. But today, families are dispersed, neighbors are often strangers, and churches reach fewer people than in the past.

The Caring Collaborative has three core elements: an information exchange, which members use to share information about medical conditions and medical providers; a service corps of women who volunteer to provide hands-on assistance to other members; and small neighborhood groups that meet monthly to talk about health topics and personal concerns. (Groups in San Francisco and Philadelphia have adopted some but not all of these components.)

In New York City, many members are retired professionals who want to make new friends and explore activities after leaving the workforce. They come to the Caring Collaborative through its parent organization, The Transition Network, a national organization for women 50 and older undergoing changes in later life.

Barbara Alpern, 72, current chair of New York City’s Caring Collaborative, joined four years ago after retiring from a demanding 28-year career in employee benefits consulting and becoming ill with a serious infection and complications from diabetes. Unmarried, she lives alone and had focused on work at the expense of friendship.

“I realized I had nobody I could easily count on,” she said.

Within months of signing up, Alpern sent out a request for somebody to pick her up from a colonoscopy and escort her back home. The woman who responded invited her for breakfast, and over bacon and eggs they discovered a mutual love for theater. Several get-togethers followed and “I made a friend,” Alpern said.

Naomi Goodhart, 64, who also lives alone, became a member three years ago after stepping down from a longtime position as a corporate executive assistant. “I’ve been a loner my entire life and have found making friends extremely difficult,” she told me in a phone conversation.

Since getting involved with the Caring Collaborative, Goodhart has formed a new neighborhood group in her area. (There are 16 in New York City and two under development.) Now, she describes herself as “the happiest I’ve ever been” because of a satisfying sense of purpose and the relationships she’s developed. “I need to feel needed,” she said.

A year ago, when Goodhart discovered she needed a breast biopsy after a mammogram, a woman she’d met through the Caring Collaborative volunteered to meet her at the hospital and bring her home after the procedure. “I’m very independent, but it was good that there was someone there,” she admitted.

Similar requests for someone to sit in on a doctor’s appointment, take care of a pet during an illness or visit during a hospitalization, for instance, are usually handled by members who have met and developed relationships with one another in neighborhood groups. Sometimes the requests are sent out to the entire membership — currently 385 women in New York City.

Marsha Carlin, 74, who belongs to a group in Brooklyn, recalled going to a doctor’s appointment with a woman who’d just gotten a diagnosis of breast cancer. “She wanted somebody to be there to take notes,” said Carlin, who is married but enjoys essential companionship through the Caring Collaborative. “It was very emotional.”

Members agree in writing not to reveal confidential information about one another, give medical advice or perform medical tasks such a bandaging a wound or giving someone medication. A two-hour orientation is required. Fundraising and an annual $100 membership fee for The Transition Network covers costs for the program, run almost entirely by volunteers. (In New York, a part-time employee handles requests for information and in-person assistance. People making the request remain anonymous until a personal connection is approved.)

Requests for information — Do you know a dermatologist who takes Medicare? Which home health agency or hospice would you recommend? Who’s your insurance agent? Which physical therapist do you use? Can someone who’s had breast cancer talk to me? What was your experience with knee surgery? — are by far the most common type of interchange among members.

Responding to emergencies is not part of the Caring Collaborative’s mission; instead, it recommends that people call 911. But one neighborhood group, on the Upper West Side of Manhattan, is thinking about starting a WhatsApp group for members who want to be in touch in these circumstances, said Linda Anstendig, 76, its facilitator.

Like many groups, hers is a source of regular solace. “People are really willing to share stories that show their vulnerabilities,” Anstendig said. “There’s a lot of trust, and it makes you feel that you’re not alone in dealing with all kinds of problems.”

Can the Caring Collaborative’s “mutual support in aging” program be replicated in other communities? Mimi Grinker, a consultant who two years ago started a similar initiative, Living Well Together at the Marlene Mayerson Jewish Community Center in Manhattan, is convinced it can, in whole or in part.

Senior centers, aging organizations, senior housing complexes and other community groups could implement the “information exchange” component at a minimum, she suggested. (The Caring Collaborative has created a guide to replicating its program, a bit out of date and available here.)

What’s required: reaching out to older women in your community, assessing their needs and interests, finding individuals willing to step up as volunteer leaders, and developing an orientation that establishes clear roles and responsibilities.

Barbara Stahura, 65, a longtime health care executive and prior chair of New York City’s Caring Collaborative, calls this “help insurance.” Unpaid. Informal. But essential. “You need to plan for it before you need it,” she said, and belonging to a group of this kind is one way to accomplish that.

This article was originally published on December 20, 2018, by Kaiser Health News. It is republished with permission.