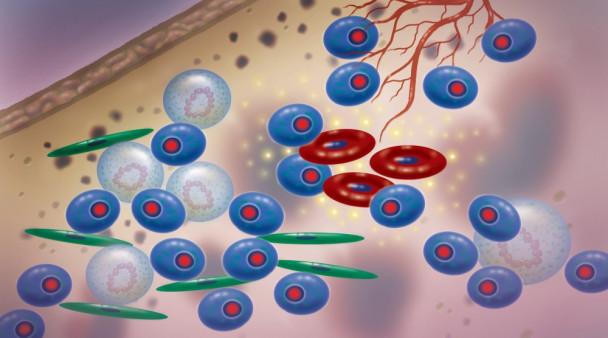 Half of those treated with the experimental immunotherapy bb2121 no longer had detectable cancer.

More than 95 percent of multiple myeloma patients treated with effective doses of an experimental CAR-T therapy showed a reduction in their cancer, including 50 percent with complete responses, according to results from a small study presented this week at the American Society of Clinical Oncology (ASCO) annual meeting in Chicago.

Multiple myeloma involves uncontrolled growth of plasma cells, a type of B cell that produces antibodies. These malignant cells multiply rapidly in the bone marrow and can clump together to form tumors in the bones or soft tissue. They make abnormal antibody fragments that are unable to fight infection and can build up and damage the kidneys and other organs. Around 30,800 people in the United States will be diagnosed with multiple myeloma and about 12,800 people will die from it this year, according to the American Cancer Society.

Noopur Raje, MD, director of the Center for Multiple Myeloma at Massachusetts General Hospital Cancer Center in Boston, presented updated findings from an early clinical trial of bb2121, a second-generation CAR-T therapy being developed by Bluebird Bio and Celgene.

Chimeric antigen receptor T-cell therapy—better known as CAR-T—involves removing a sample of a patient’s white blood cells, reprogramming the T cells to kill cancer, multiplying them in a laboratory and infusing them back into the body. The procedure uses genetic engineering to create a customized “living drug” for each individual that will recognize and attack his or her cancer.

The two currently approved CAR-T therapies, Kymriah (tisagenlecleucel) and Yescarta (axicabtagene ciloleucel), target the CD19 protein on B cells that grow out of control in people with leukemia and lymphoma. Instead, bb2121 T cells carry an artificial receptor that targets the B-cell maturation antigen (BCMA) on B cells, which is often expressed on malignant plasma cells in people with multiple myeloma.

This Phase I trial enrolled treatment-experienced patients with relapsed or refractory (nonresponsive) multiple myeloma at several sites in the United States. It included a dose-escalation part followed by an expansion part using the selected doses.

About 60 percent of participants were men; the median ages were 58 in the dose-escalation cohort and 65 in the expansion cohort. Participants had previously used a median of seven or eight prior therapies, with most having tried proteasome inhibitors such as Velcade (bortezomib), immunomodulators such as Revlimid (lenalidomide) or Pomalyst (pomalidomide), the CD38 antibody Darzalex (daratumumab) and autologous stem cell transplants. Genetic testing showed that people in the dose-escalation cohort had more than 50 percent BCMA expression on their myeloma cells; there was no BCMA requirement for the expansion cohort.

All participants received a single infusion of their own engineered T cells at one of four escalating doses: 50, 150, 450 or 800 million cells. Before the infusion they underwent strong conditioning chemotherapy to kill off existing immune cells and make room for the new ones. As previously reported, while the lowest dose of 50 million modified T cells was ineffective, the higher doses performed better.

Among the 18 evaluable participants who received bb2121 at doses of at least 150 million cells, 17 had a complete or partial reduction in their cancer, for an overall response rate of 94 percent. Ten patients (56 percent) had complete responses. The median duration of response and progression-free survival (meaning patients were still alive with no disease progression) had not yet been reached. Progression-free survival rates were 81 percent at six months and 71 percent at nine months. In contrast, the three people who received the ineffective lowest dose of bb2121 soon died.

A poster at this year’s ASCO meeting described deep responses in the dose-escalation cohort in more detail, including evaluation of minimal residual disease (MRD). Nine of 10 evaluable people in this group were considered to be MRD negative, including two with less than one detectable myeloma cell per 1 million bone marrow cells. Interestingly, clinical responses varied among these patients, including complete responses, partial responses and stable disease.

Looking at participants in both cohorts who received bb2121 at doses above 150 million cells, the overall response rate was 96 percent, including 50 percent with complete responses and 36 percent with very good partial responses. The median duration of response was 10.8 months.

Responses were seen across BCMA expression levels, and 38 percent of participants with low expression had complete responses. Individuals with greater expansion of modified T cells in the body were more likely to achieve good responses.

In this study, however, treatment was generally safe and well tolerated. Around two thirds of participants experienced CRS and a third developed neurotoxicity, but these were usually mild or moderate. Only 5 percent had severe CRS and 2 percent had severe neurotoxicity, none of which were fatal. About one in five received the anti-inflammatory drug Actemra (tocilizumab) with or without steroids to manage side effects. The most common severe treatment-emergent adverse events were low white blood cell, red blood cell and platelet counts.

Based on these findings, the researchers concluded, “bb2121 shows promising efficacy at dose levels [of at least 150 million] CAR T cells with deep and durable ongoing responses and manageable CRS and neurotoxicities. These data support the potential of bb2121 anti-BCMA CAR T cell therapy as a new treatment paradigm for relapsed or refractory multiple myeloma.”

A larger Phase II trial of bb2121, known as KarMMa, is now recruiting participants in the United States and Europe. Additional studies will evaluate bb2121 in multiple myeloma patients with less extensive prior treatment experience.