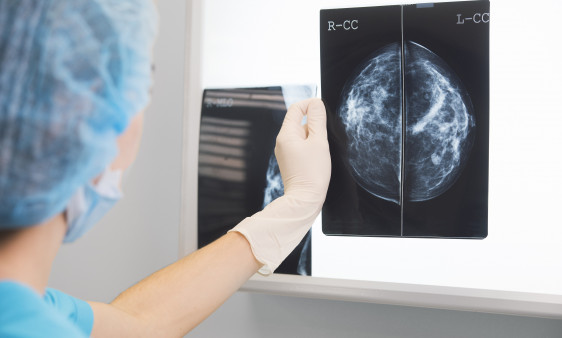 A simple web-based calculator for clinicians could predict long-term risk of cancer recurrence.

A new, simple web-based calculator that could better predict the long-term risk of breast cancer returning in other areas of the body has today been published online by researchers at Queen Mary University of London.

The tool — CTS5 (Clinical Treatment Score post-5-years) — was developed with colleagues at The Royal Marsden NHS Foundation Trust and could be used to determine which patients are at high enough risk of their cancer returning and could benefit from continuing their hormone therapy beyond the standard five years.

Over the last three decades, there has been a major increase in the rate of invasive breast cancer in Western countries. Approximately 85 percent of patients are now diagnosed as oestrogen receptor (ER) positive, which means that the cancer grows in response to the hormone oestrogen. Almost all of these patients are prescribed five years of hormone therapy after having standard treatment (surgery, chemotherapy, and/or radiation therapy), to lower the risk of the cancer returning.

However, hormone therapy can have significant side effects for some patients, including weakness of bone tissue, and exacerbation of menopausal symptoms. Oncologists along with patients have to decide after five years of hormone treatment whether extending this type of therapy is worthwhile and appropriate.

Important to predict which women are at risk

Professor Jack Cuzick from Queen Mary’s Wolfson Institute of Preventive Medicine said, “Hormone sensitive breast cancer is one of the few cancers where late recurrence is common, and predicting who is at high risk is particularly important so that they can continue hormone treatment.  While our ability to predict this type of cancer is highly likely to improve in the future, we’re providing a simple tool which is available now, and is easily used and well tested.”

The researchers developed CTS5 after reviewing data from more than 11,000 postmenopausal women with ER positive breast cancer who had received five years of hormone therapy. They looked at how many women developed metastasis five to 10 years after they finished hormone therapy.

The tool accurately separated women into groups of low, intermediate, or high risk of their cancer returning in another part of the body more than five years after they had finished hormonal treatment. The test identified 42 per cent of women as sufficiently low risk so that extending hormone therapy would have been of very little value.

A simple and accurate tool designed for doctors

Queen Mary researchers led on the development of the web-based version of the calculator, which has been designed with clinicians in mind. After inputting patient details, including age, tumour size and tumour grade, it gives an estimated 5-10 year risk of the cancer returning in another part of the woman’s body, with an estimated benefit from extending their hormone therapy.

Dr Ivana Sestak from Queen Mary’s Wolfson Institute of Preventive Medicine said, “Over 50 per cent of women who have finished hormonal treatment for their breast cancer are at increased risk of developing a late metastasis.  But there are no web-based calculators for predicting which women are at highest risk.

“Our tool provides a very simple way of obtaining the risk of a late metastasis for each woman individually. It is very important to identify these women in the clinic and the calculator provides help in the decision-making process.”

Professor Mitch Dowsett, Head of The Royal Marsden Ralph Lauren Centre for Breast Cancer Research and Professor of Biochemical Endocrinology at The Institute of Cancer Research, London, said, “What we have developed could improve clinical practice, benefiting breast cancer patients by avoiding potentially unnecessary extended treatment. Clinicians require expertise and the best tools to help them make crucial decision on treatment for patients, decisions that can make a difference to patient’s quality of life.”

This press release was originally published by Queen Mary University of London.