By rawpixel from Pixabay

The increased risk of death was linked to a higher body mass index (BMI) and obesity-related cancer.

In a large study led by researchers at the American Cancer Society (ACS), men and women who drank two or more servings of sugar-sweetened beverages (SSB) per day, compared to people who never drank, had a five percent increased risk of death from an obesity-related cancer, including gastrointestinal, postmenopausal breast, endometrial and kidney cancer. These results appear to be related to the higher body mass index (BMI) of the participants who regularly drank SSBs. BMI is a measure of body size, combining a person’s weight with their height, showing whether a person has a healthy weight. The study was published today in Cancer, Epidemiology, Biomarkers & Prevention, a journal of the American Association for Cancer Research.

“Unfortunately, Americans exceed recommended limits on sugar consumption by the U.S. Dietary Guidelines, and sugar-sweetened beverages are known risk factors for weight gain, being overweight, and obesity,” said Dr. Marjorie McCullough, senior scientific director, epidemiology research at the American Cancer Society and lead author of the study. “Our findings further support the recommendation to limit consumption of sugar-sweetened beverages included in the ACS Guideline on Nutrition and Physical Activity for Cancer Prevention to help decrease the risk of disease.”

For the study, researchers examined the associations of SSBs and artificially sweetened beverages (ASB) with mortality from all cancers combined, obesity-related cancers combined, and 20 cancer types, among men and women in the Cancer Prevention Study-II (CPS-II) prospective cohort. In 1982, more than nine hundred thousand cancer-free participants provided information on usual SSB and ASB consumption. Deaths were identified through 2016. Multivariable Cox proportional hazards regression models examined associations of beverage types with cancer mortality, without and with BMI adjustment.

During the study follow-up, 135,093 CPS-II participants died from cancer. Results showed that consumption by men and women of greater than two SSB drinks a day versus people who never drank was not associated with all-cancer mortality, but was associated with increased risk of obesity-related cancers combined, which became null after adjustment for BMI. SSBs were associated with increased mortality from colorectal, and kidney cancers, which remained after BMI adjustment. A positive association of ASB consumption with obesity-related cancers was null after controlling for BMI; however, an increased risk of pancreatic cancer remained even with BMI adjustment. Researchers add associations between ASB consumption and increased pancreatic cancer risk merit further study.

“Future research should consider the role of BMI in studies of sweetened beverages and cancer risk,” McCullough adds. “These results should inform public policy regarding sweetened beverage consumption to decrease the risk of cancer for men and women in the U.S.”

Dr. Alpa Patel is senior author of the study.

The ACS Guidelines on Nutrition and Physical Activity for Cancer Prevention can be found here.

This article was originally published September 15, 2022, by the American Cancer Society. It is republished with permission. 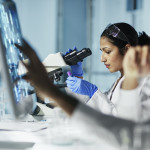