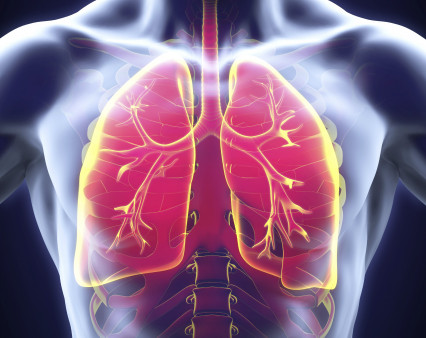 On August 16, the Food and Drug Administration approved Opdivo (nivolumab), a treatment that helps the immune system fight cancer, for follow-up treatment of people with small-cell lung cancer.

Opdivo is a monoclonal antibody that interferes with PD-1, an immune checkpoint molecule on T cells, the main soldiers of the immune system. Some tumors can hijack PD-1 to disable immune responses. Drugs that block PD-1 or its PD-L1 binding partner can release the brakes and restore T-cell activity.

The new approval is for people with SCLC who experience disease progression after platinum-based chemotherapy and at least one other line of treatment. The recommended dose is 240 milligrams administered by IV infusion every two weeks until disease progression or unacceptable toxicity.

Accelerated approval of Opdivo for SCLC was based on results from CheckMate 032, a Phase I/II clinical trial that enrolled people with limited-stage or extensive-stage SCLC that progressed after platinum chemotherapy. Accelerated approvals are based on earlier results from smaller studies that usually must be confirmed in larger Phase III trials in order for a drug to receive full approval.

CheckMate 032 enrolled 216 patients in six countries. Participants had received at least one prior platinum-based chemotherapy regimen; many had received two or three prior therapies and about a third were resistant to platinum drugs. Seventeen percent were found to be PD-L1 positive, meaning expression on at least 1 percent of cells.

They were treated with Opdivo alone or various combinations of Opdivo and Yervoy (ipilimumab), a CTLA-4 checkpoint blocker. Results were published in The Lancet in 2016.

In that study, the objective response rate, meaning complete or partial tumor shrinkage, was 10 percent among the 98 patients who received Opdivo monotherapy. A Bristol-Myers Squibb press release cited a 12 percent response rate among 109 patients who had used platinum-based chemotherapy and at least one other prior treatment.

The one-year overall survival rate was 33 percent and the progression-free survival rate, meaning no worsening of disease, was 11 percent, according to the Lancet report. Responses were seen across PD-L1 expression levels. Response rates were higher for those who used Opdivo plus Yervoy, but their numbers were smaller.

Treatment was generally safe and well tolerated. Thirteen percent of people who took Opdivo experienced severe side effects, with higher rates seen in the combination therapy groups, according to the Lancet report. Six percent of patients in the Opdivo monotherapy group stopped therapy due to treatment-related adverse events.

“While immuno-oncology innovations have dramatically changed how oncologists approach certain cancers, we have had limited progress for patients with small cell lung cancer,” Leora Horn, MD, MSc, of Vanderbilt University Medical Center said in a Bristol-Myers Squibb press release. “Today’s approval of nivolumab is particularly exciting considering it is the first checkpoint inhibitor approved for these specific patients, and now we can finally treat this devastating disease from a different angle.”

Click here for Bristol-Myers Squibb’s press release about the approval.