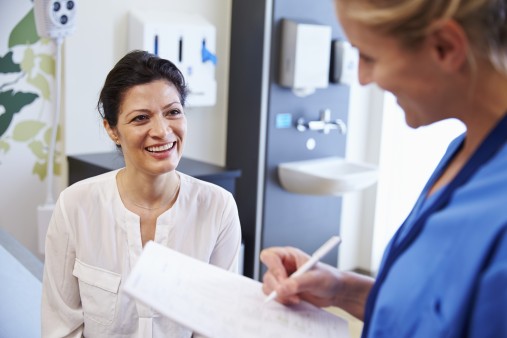 Researchers find that screenings can lead to unnecessary surgery in women without cancer.

Screening tests help detect cancer in people who don’t have any symptoms. But screenings for ovarian cancer are not recommended for women without symptoms of this disease, according to new guidelines from the U.S. Preventive Services Task Force, reports HealthDay.

In a task force press release task force member Michael Barry, MD, a professor of medicine at Harvard Medical School and a director of the Informed Medical Decisions Program at Massachusetts General Hospital, said, “Evidence shows that current screening methods do not prevent women from dying of ovarian cancer and that screening can lead to unnecessary surgery in women without cancer.”

Despite these recommendations, women at high risk for ovarian cancer should discuss genetic testing or screening options with their doctor. Those who show symptoms of the disease, such as frequent urination and pelvic or abdominal pain, should also request to be screened.

“Because screening for ovarian cancer is not effective, it is extremely important that women be aware of the symptoms of ovarian cancer and advocate for themselves,” said Stephanie Blank, MD, a professor of gynecologic oncology at the Icahn School of Medicine at Mount Sinai in New York City.

The American Cancer Society estimates that 14,070 women will die from ovarian cancer in 2018. To reduce the number of deaths, the task force is also pushing for research to develop better screening tests and treatment.