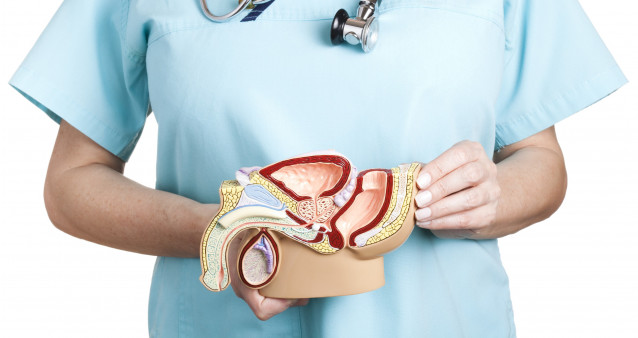 Padcev (enfortumab vedotin), an antibody-drug conjugate, improved both overall and progression-free survival for people with previously treated advanced urothelial cancer, according to study results presented at the virtual American Society of Clinical Oncology Genitourinary Cancers Symposium (GU21) and published in The New England Journal of Medicine.

Urothelial cancer affects the lining of the urinary tract. In about 90% of cases, it involves the bladder, but it can also occur in the urethra, ureters (the ducts from the kidneys to the bladder) and the lower part of the kidneys.

Padcev, from Astellas and Seattle Genetics, consists of an antibody that targets nectin-4, a protein found at high levels on most urothelial cancer cells. The antibody carries a chemotherapy drug that halts cell division.

The Food and Drug Administration (FDA) granted accelerated approval of Padcev for advanced bladder cancer in December 2019 based on findings from one cohort of patients with inoperable locally advanced or metastatic urothelial cancer in the Phase II EV-201 trial (NCT03219333). This group had previously been treated with checkpoint inhibitor immunotherapy, with or without platinum-based chemotherapy. Follow-up data presented at the ESMO Virtual Congress 2020 showed overall survival rates of 50% at 12 months and 34% at 18 months, with a median overall survival time of 12.4 months.

At GU21, Arjun Balar, MD, of New York University Langone’s Perlmutter Cancer Center, presented findings from a second cohort of patients in EV-201 who were unable to use cisplatin chemotherapy—the standard of care at the time—and therefore started on a checkpoint inhibitor as their first-line therapy.

This analysis included 89 participants. About three quarters were men, and the median age was 75 years. Nearly 80% had metastasis to abdominal organs. They were treated with Padcev administered by IV infusion on three days out of a 28-day cycle until they experienced disease progression or unacceptable side effects.

At the same session, Thomas Powles, MD, of Barts Cancer Centre at Queen Mary University of London, presented findings from the follow-up Phase III trial, EV-301 (NCT03474107). This study included 608 adults in 19 countries with locally advanced or metastatic urothelial cancer. They had previously received platinum-based chemotherapy and a PD-1 or PD-L1 checkpoint inhibitor and had experienced disease progression or relapse. Again, about three quarters were men, and the median age was 68.

These participants were randomly assigned to receive Padcev according to the same schedule or chemotherapy using docetaxel, paclitaxel or vinflunine.

In both studies, treatment was generally safe, though side effects were common. In EV-201, 55% experienced severe side effects, and 16% stopped treatment for this reason, most often due to peripheral neuropathy; there were four treatment-related deaths. In EV-301, about half of the patients in both the Padcev and chemotherapy groups had severe side effects; 14% and 11%, respectively, discontinued treatment due to adverse events. Rash was more common in the Padcev group, while a low white blood cell count (neutropenia) occurred more often in the chemotherapy group.

"Enfortumab vedotin is the first medicine to reduce the risk of death compared to chemotherapy in patients with locally advanced or metastatic urothelial cancer who have received a platinum-containing chemotherapy and an immunotherapy,” Powles said in a company press release.

Commenting on the findings at GU21, Arlene Siefker-Radtke, MD, of the University of Texas MD Anderson Cancer Center in Houston, noted that she has been impressed by the activity of Padcev in people with metastatic bladder cancer, adding that it appears helpful in controlling pain in those with bone metastasis.

Seattle Genetics indicated that these confirmatory results would be submitted to the FDA to support full approval of Padcev for advanced bladder cancer.