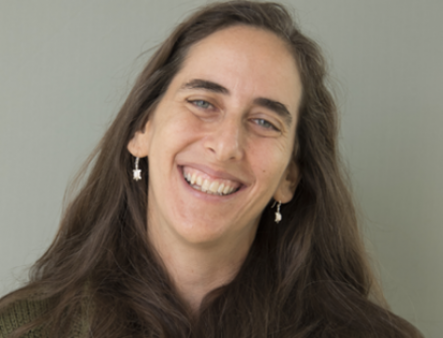 Shared database helps find treatment for cancers too rare to have their own clinical trials.

“Angiosarcoma is an exceedingly rare cancer affecting about 300 patients a year in the United States, has a high mortality rate, and has no standard of care; because of its rarity, there is a dearth of scientific discoveries that can lead to clinical impact,” said Corrie A. Painter, PhD, associate director of Operations and Scientific Outreach at Broad Institute of MIT and Harvard. “It is important to develop novel approaches for working with patients who are geographically dispersed and who may never have the opportunity to participate in a large-scale research effort because they have such a rare disease.”

The Angiosarcoma Project, launched by the Broad Institute in March 2017 in collaboration with Dana-Farber Cancer Institute, partners with patients throughout the duration of the project, including design, build, launch, and accrual, to develop a comprehensive resource to enable discoveries about this rare cancer, Painter said. Researchers in this project collect patient-reported data, medical records, archival tumor tissue, saliva, and blood samples from patients across the United States and Canada who choose to sign remotely and contribute to this study.

The team performs whole exome sequencing of about 20,000 genes on tumor and matched germline DNA. The genomic data are combined with the clinical data, including diagnosis, treatments, and responses, to generate a clinically annotated genomic database that is shared publicly with the goal of identifying the genomic drivers of the disease and mechanisms of response and resistance to treatments.

Painter and colleagues identified several genes in the samples known to be altered in angiosarcoma, including KDR and TP53. Among the 321 patients with angiosarcoma registered so far, 21 percent had angiosarcomas of HFNS.

All three patients with angiosarcoma of HFNS from the initial cohort of 12 patients in the first data release had tumors with a high tumor mutational burden (more than 150 mutations/kb) and dominant UV light signature, similar to melanoma. Recent studies have shown that patients with tumors bearing a high mutational burden are more likely to respond to immune checkpoint inhibitors targeting PD-1/PD-L1. This class of immunotherapeutics has been approved by the U.S. Food and Drug Administration to treat several different cancer types, including melanoma.

“Our work suggests that patients with angiosarcoma of HFNS, which comprises the largest demographic of people affected by angiosarcoma, have a high mutational burden and UV light signature, and therefore may respond to checkpoint inhibition. This could have a major impact on clinical advances for this subset of patients, so we searched through the patient-reported data to identify additional patients,” Painter said.

Through their patient portal, the researchers identified an additional 56 patients with angiosarcoma of HFNS who shared the details of their treatments. Two of them had received the anti-PD1 antibody pembrolizumab (Keytruda) off-label, one in 2015 and the other in 2016, to treat metastatic disease. Both had complete and durable responses to this treatment and remained without evidence of disease at the time of this reporting, Painter noted.

“This study is driven by a group of patients who already found each other in a single online support group. Because the patients were already in a network we could engage, and because of the tremendous effort within the community of sarcoma oncologists to alert their patients as well, we have been able to produce data in an unprecedented manner for such an exceedingly rare disease,” Painter said.

“We believe that patient-partnered research such as this can serve as a model for rare cancers and outliers in common cancers in order to greatly accelerate the pace of discovery,” she added.

Limitations of the study include small sample size. “We are currently able to enroll patients from the United States and Canada. Because this disease is so rare, we would benefit greatly from a global effort,” Painter said. Patients are recruited through social media, which could introduce biases in who is participating, Painter noted.

This project is supported by philanthropic funding to the Broad Institute. Painter declares no conflicts of interest.

This news release was originally published on the American Association for Cancer Research website on September 30, 2018.