A community leader and academic, Simmons also led the DC-based HIV nonprofit Us Helping Us. He died of prostate cancer.

Ron Simmons, PhD, an accomplished academic based in Washington, DC, and exceptional AIDS advocate who championed Black gay men, died Thursday, May 28, 2020. He was 70. The cause of death was prostate cancer, according to a detailed remembrance on TheBody.com. Simmons had lived with HIV for 30 years, having tested positive in 1990.

Among the outpourings on social media was a panel discussion posted by The Counter Narrative Project (CNP), a nonprofit that uplifts the voices of Black gay men. You can watch the video below, featuring CNP Tribe members Monte Wolfe, David Malebranche, Michael Gipson and Charles Stephens:

Simmons was featured on a special foldout cover for the 2015 POZ 100 (along with Fred Hersch, Luna Luis Ortiz, Erin Secker and Lolisa Gibson-Hunte). That year’s list honored long-term survivors, defined as those living with the virus since 1995 or earlier. Here is what we wrote in 2015 about Simmons:

It’s no secret the HIV epidemic disproportionately affects African-American men who have sex with men (MSM). That’s why Ron’s work remains so vital. For the past 23 years, he has helped lead Us Helping Us, People Into Living, where he’s now the president and CEO. It started out as a support group for HIV-positive Black gay men, but under Ron’s leadership—and thanks to his having raised $30 million since 1992—the group is now one of the largest Black AIDS groups in the country, serving men, women, transgender people and youth. He has been active with the DC Board of Medicine and the health department’s HIV Prevention Community Planning Group. No wonder the White House honored him as a Champion of Change.

And here’s that cover image; Simmons is standing on the far right: 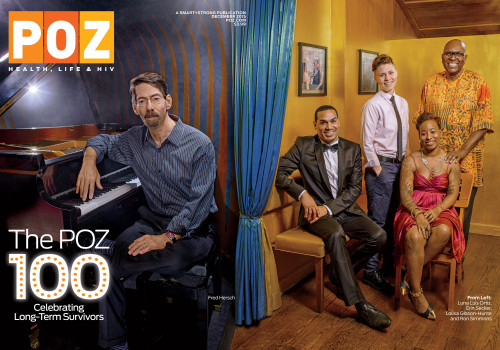 Simmons retired in 2016. According to his bio on The George Washington University’s District of Columbia Center for AIDS Research website, in 2017, he “started his own company, Ron Simmons Consulting, LLC, in 2017. In 2018, he developed the Bodemé workshop, a sexual health intervention for young Black gay men, ages 16 to 29. Dr. Simmons is a member of the Global Network of Black People working in HIV (GNBPH) and serves on the International Steering Committee of ICASA, the international AIDS conference for African nations. He is a former member of the DC Regional Commission on Health and HIV.”

“This is a great loss. Ron Simmons was a tremendous leader and central voice for Black Gay Men in DC and nationally,” said fellow DC activist Paul Kawata, the executive director of HIV nonprofit NMAC, in a May 29 statement about Simmons’ death. “During his tenure at Us Helping Us, he built an institution that continues to provide needed health care services to communities of color. His legacy will live on in the people that Us Helping Us continues to serve every day.”

In addition to his work in academia and activism for HIV, LGBT and African-American causes, Simmons was a journalist, writer and photographer. He was friends with poet Essex Hemphill, writer Joseph Beam and filmmaker Marlon Riggs. In fact, Simmons and his work appeared in Riggs’s groundbreaking 1989 documentary, Tongues Untied, an artistic, spoken-word look at the Black gay experience (watch the trailer below).

The Ubuntu Project’s thoughtful and comprehensive bio of Simmons, posted March 2018, has this to say about his HIV experiences:

Simmons tested HIV-positive in 1990, and considers his approach to HIV/AIDS to be instrumental in understanding him and his advocacy. In the early start of the AIDS epidemic, a patient who did in-depth research could know as much about HIV and HIV medicines as their physicians. Simmons refused to take AZT, a drug that promised an additional two years of life, because he was interested in living an additional 20 or 30 years. His early friendships with Black cultural nationalists had exposed him to traditional ways of approaching health and healing. Simmons befriended holistic health practitioners who led him to Us Helping Us. The mission of the organization to help Black gay men living with AIDS maintain their health through traditional holistic approaches to healing resonated within him. Simmons believes that his adoption of a holistic approach allowed his immunity to sustain itself until effective HIV medications were developed. He started a three-drug regimen in 2003.

Having lived with HIV for 28 years and remembering a time when physicians were saying that people with AIDS would die in six months, Simmons considers each day a blessing. He remains passionate about progressive politics, and firmly opposed to a “gay-only” agenda, insisting that the Black LGBTQ community be concerned about more than gay issues. Simmons is hopeful about the future of the Black LGBTQ community, noting that 50 years ago it was illegal for two men to dance together—today, they can be legally married throughout the United States.

This news item has been updated as more information became available. 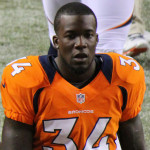