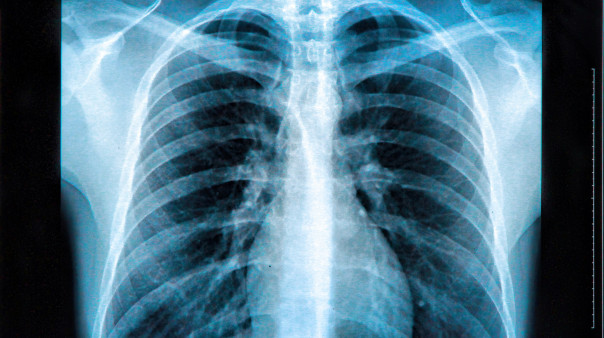 Myths and misinformation still keep many people in the dark — and that’s bad news for their health.

Lung cancer is an infuriating disease.

It kills more men and women than any other cancer yet funding for new therapies (or a cure) lags far behind other top killers. There’s an effective screening test for the disease, yet the people most at risk barely know about it.

Why does lung cancer continue to receive such little recognition and so few resources? One reason might be the murky misconceptions that surround it.

We tapped a handful of lung cancer patients and Bernardo Goulart, MD, a physician-scientist with Fred Hutchinson Cancer Research Center, for insights into what the public — and sometimes even doctors — are getting wrong about a disease projected to kill nearly 155,000 Americans this year alone.

Here are their top takeaways.

Myth No. 1: If you don’t smoke, you don’t have to worry about lung cancer.

Yes, most lung cancers can be linked to smoking, but it’s hardly the sole cause of the disease. According to the American Cancer Society, about 20 percent of Americans who die of lung cancer (30,000 people) have never smoked or used any kind of tobacco.

Radon gas, the leading cause of the disease in nonsmokers, accounts for about 21,000 lung cancer deaths each year. Secondhand smoke kills around 7,000 more. Asbestos, diesel exhaust, soot, previous radiation therapy and air pollution can also drive the disease, as can certain genetic mutations.

“It’s a common misconception that it’s only a disease of individuals who smoke,” said Goulart, a Hutch health economist with the Hutchinson Institute for Cancer Outcomes Research and lung cancer oncologist with Seattle Cancer Care Alliance, Fred Hutch’s clinical care partner. “Many patients and even many physicians don’t even think about it when there’s no smoking history, even when there are obvious symptoms like weight loss or coughing up blood.”

The late neurosurgeon Paul Kalanithi, MD, author of “When Breath Becomes Air,” had symptoms for months before he went on to be diagnosed with metastatic lung cancer, Goulart said. By then, the cancer was too advanced.

The bottom line: if you have lungs, you can get lung cancer.

Myth No. 2: Lung cancer is a self-inflicted disease.

Even if smoking results in a lung cancer diagnosis, can you truly say that the person brought it on themselves?

Nicotine is highly addictive and smoking disproportionately affects the most vulnerable among us, including minorities and individuals who lack education or resources. People with mental health issues are particularly susceptible.

“Many societal, cultural and economic factors influence an individual’s decision to smoke,” Goulart said. “And the addictive properties of tobacco make it difficult for them to quit after they start. Most people interpret lung cancer as self-inflicted when in reality, it’s not. The decision to smoke is not an individual decision.”

If you do smoke and need help quitting, Fred Hutch researchers are happy to help. Read about their work here.

Myth No. 3: There’s no way to screen for lung cancer.

Most of us know that mammograms screen for breast cancer and colonoscopies can find precancerous polyps and early colorectal cancers. But not as many know that low-dose CT scans, or LDCT, can detect early stage lung cancer, even though the American Cancer Society and U.S. Preventive Services Task Force both recommend scans for high-risk individuals 55 and older. (Their complete screening criteria can be found here and here.)

“There’s definitely a lack of awareness that we can now detect lung cancer earlier,” Goulart said. “Many lay people and even primary care physicians aren’t aware we can screen for it with the goal of detecting the disease at an early stage when it’s more likely to be curable.”

Recent studies show only about 3 percent of eligible adults receive LDCTs. HICOR health economist Josh Roth, PhD, delved into why these scans are underutilized in a study earlier this year that asked 20 participants, all current or former smokers, their motivations for screening. The majority were screened because a trusted doctor had recommended it. Prior to that, most had no idea they were even eligible for it.

The American Lung Association has a quick online test you can take to see if screening is recommended for you. If you qualify, most health insurance companies and Medicare will cover the cost.

Myth No. 4: Screening protects you from lung cancer.

While some people are in the dark about screening, others imbue it with extraordinary power.

“Our results illustrate just how wide a gap exists between the expectations and the reality of lung cancer screening benefits among some groups of current smokers,” Heffner wrote in the paper.

Myth No. 5: A lung cancer diagnosis is an immediate death sentence.

Fatalism is a common theme in lung cancer, to the point that many patients believe that any diagnosis — even early stage — means the end is nigh.

“Many assume that lung cancer is incurable by definition,” Goulart said, citing multiple cases of stage 1 or 2 patients assuming they’ll have only a few months to live “when in reality there is a good chance we can cure it with appropriate treatment.”

Even with stage 4 disease, Goulart said there are life-extending treatments that “increase survival and improve the symptoms of the disease.”

Tina, a 49-year-old lung cancer patient from Charlotte, North Carolina, who declined to give her last name due to stigma, said the assumption that a lung cancer diagnosis is an “immediate death sentence” is out of touch.

“Research has brought new medications that are more effective and less toxic,” she said. “They’ve also improved side-effect management. My stage 4 lung cancer diagnosis was in September 2014, and I live life with joy.”

Myth No. 6: Lung cancer only happens to old people.

Cancer is a disease of aging, so we commonly associate it with the elderly. Or at least those over 60. Another common myth.

“It’s a misconception that someone who is young cannot get lung cancer,” Goulart said. “Lung cancer in individuals younger than 40 is rare, but it happens.”

He and colleagues at SCCA are currently treating a number of patients under 40, some even in their 20s.

“Usually, these lung cancers are driven by a mutation; they’re not associated with tobacco but with a single oncogene mutation [a cancer-causing change to one gene] such as EGFR or ROS1, and we do have therapy that can fight it.”

Myth No. 7: There’s been no progress in lung cancer research.

Despite funding gaps, lately there’s been good progress. Early stage lung cancer patients who undergo surgery now have effective platinum-based chemo combinations, and metastatic patients have new tools like oral targeted therapies and immunotherapies. And many of these newer options have fewer toxic side effects.

Even better, more discoveries are coming.

Scientists continue to identify new genetic mutations and create (or dust off) pharmaceuticals that can target them. One new drug, lorlatinib, was just cleared by the Food and Drug Administration for ALK-positive metastatic non-small-cell lung cancer.

“Hopefully, these new drugs will be available in a few years to treat even a larger fraction of patients,” Goulart said. “It’s all about getting the right drug to the right patient.”

That doesn’t mean everybody who has their tumor sequenced will find a driver mutation that their doctor can target with a new drug, Goulart warned. It happens, but usually in never-smokers.

In the meantime, lack of access, money, insurance and/or education are keeping large numbers of patients from getting just the basic standard of care.

Goulart and HICOR colleagues Roth and Scott Ramsey, MD, PhD, charted the progress made in lung cancer over the last 25 years and found the one-year survival rates and three-year survival rates have actually doubled, from 14 to 28 percent and from 3 to 6 percent, respectively.

But only about 40 percent of the patients in their study had received “systemic platinum-doublet therapies,” the standard of care. More than 60 percent, for whatever reason, had not.

In other words, there’s been improvement but there is a still a long way to go.

“The future is brightening for these patients,” they wrote, but “efforts are needed to educate patients and clinicians about the changing landscape of [lung cancer] treatment.”

This article was originally published on November 15, 2018, by Hutch News. It is republished with permission.