As the HIV population ages, total cancer diagnoses will likely decline while shifting away from those associated with AIDS and toward those connected to aging.

Researchers used statistical modeling to estimate the size of the HIV population by age and calendar year from 2006 to 2030 and projected cancer rates to 2030 using cancer incidence data from the National Cancer Institute HIV/AIDS Cancer Match Study and estimates of the HIV population size from the Centers for Disease Control and Prevention (CDC). Their projections assume that current trends will persist.

Senior study author Meredith Shiels, PhD, an investigator in the Division of Cancer Epidemiology and Genetics at the National Cancer Institute, says, “Targeted cancer prevention, early detection and control efforts are needed for people living with HIV in the U.S., including smoking cessation, treatment of hepatitis C and B viruses, cancer screening and continued widespread [HIV] treatment.” 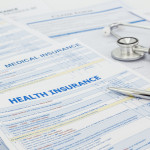