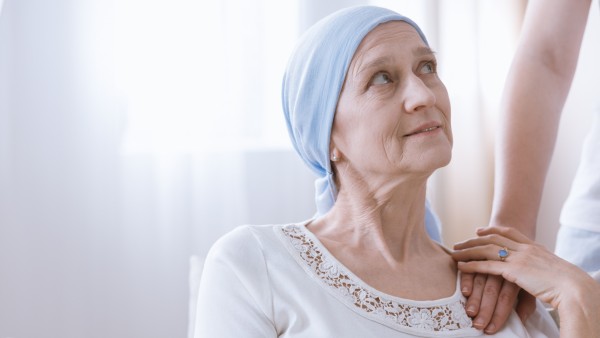 Quitting smoking can be even more difficult following a lung cancer diagnosis, but there is support to help you stop Istock (Model(s) used for illustrative purposes only)

Smoking After a Cancer Diagnosis

Lighting up can be a source of shame and treatment complications for lung cancer patients.

They know it’s wrong, they know it’s foolish, but they’re stuck. Their bodies are under the influence not just of cancer but nicotine, a substance more addictive than heroin.

Tobacco smoking is so addictive that 64 percent of smokers diagnosed with cancer continue to light up even after they learn they have the disease. Many try to quit after diagnosis but can’t because of the drug’s stronghold on their bodies. Others are so stressed about the cancer and its treatment that they continue to use cigarettes as a crutch. Still more are nihilistic, figuring, “Hey, I’ve already got cancer, what does it matter?”

Researchers at Fred Hutchinson Cancer Research Center and its clinical care partner Seattle Cancer Care Alliance know it does matter, though, and point to a host of reasons why smoking cessation is even more important after a cancer diagnosis.

“Stopping tobacco use after diagnosis offers many physical and mental benefits,” said Donna Manders, a tobacco treatment specialist at SCCA. “First, there’s the possibility of living longer, but there’s also a better chance of successful treatment, fewer and less serious side effects from every kind of treatment—surgery, chemo, radiation, transplant—and faster recovery from treatment, too.”

According to the American Society of Clinical Oncology (ASCO), smokers often have more side effects from chemotherapy (like infection, fatigue, heart and lung problems, and weight loss) and from radiation, such as dry mouth, mouth sores and loss of taste. Patients who smoke also have more problems after surgery. Their wounds don’t heal as fast and tend to leave more scars, and patients are often hospitalized longer and infections take place more often. Smoking ups your chance of recurrence and increases your risk for a second cancer. It also bumps your risk for other serious illnesses, such as heart and lung diseases.

But quitting is difficult, especially when patients have to face a host of invasive surgeries and side effect-ridden treatments.

Melissa Graham, a breast cancer patient from California, said she was an “on again, off again” smoker from age 11 or 12 until she was diagnosed at 33. She struggled but was finally able to quit three months after she learned of her cancer.

“I smoked right up until the very last day that my plastic surgeon gave me to quit,” she said. “And I still struggle when I’m stressed out to not buy a pack, even though the smell makes me nauseous now. It’s crazy how strong the draw is even four years later.”

Manders, who counsels patients through SCCA’s Living Tobacco-Free Services, said quitting is extremely hard in the best of circumstances but even more so post-diagnosis.

“For many people, smoking is the ultimate coping mechanism that they have,” she said. “The vast majority of people start before the age of 21. They start at a very young age using it as a coping skill. And their brains produce a huge amount of dopamine quickly when they smoke. That’s why it’s so addictive.”

Comment threads on online communities echo these sentiments as well as the guilt that goes along with smoking after diagnosis.

Patients there talk about using cigarettes as a crutch to deal with the stress of cancer and call themselves “stupid” or “ungrateful” for potentially destroying a “second chance at life.”  Many talk about being ashamed and embarrassed, especially when loved ones discover they’re still smoking.

“Smoking while you have cancer is very shameful,” said Jonathan Bricker, PhD, a Fred Hutch public health researcher and psychologist who focuses on helping people overcome behaviors that increase their cancer risks. “There’s guilt, self-judgment, self-loathing, and all of that makes it more difficult to ask for help and makes it more difficult to quit because you cope with your shame by smoking.”

A smoking cessation expert, Bricker has designed a handful of programs that use Acceptance and Commitment Therapy, or ACT, as a way to turn smokers into nonsmokers. His SmartQuit app helped 21 percent of its users quit cigarettes, a success rate two to three times higher than other online methods.

Bricker recently interviewed SCCA patients, doctors and nurses about smoking with cancer and is currently designing a program specifically for patients. In addition to the shame, guilt and embarrassment, he said many patients feel alone in the process of trying to quit. As a result, they may suffer from more than the average amount of depression and anxiety a cancer patient feels. They also may not feel supported by their doctors.

“It’s important to get the oncologist to become a partner rather than an adversary,” said Bricker.

Some people are able to muster the strength to quit when diagnosed, said Manders, who offers nicotine-withdrawal medications, stress management, educational resources and help in creating new habits for SCCA patients hooked on smoking.

“When people come to a cancer center, it’s a very teachable moment for many things,” she said. “One of those things is stopping tobacco. People have said to me, ‘You know, when I came into the lobby and rode in the elevator and saw people with no hair, I really started to understand what I’m facing. Smoking does not fit in with my life anymore.’ What they’re facing really does serve as a motivator to help people stop smoking. But yes, it is hard.”

Even asking for help is hard, said Bricker.

“There’s shame in reaching out for help and talking to someone,” he said. “You feel they’ll judge you.”

Bricker’s colleague Dr. Jaimee Heffner, who just launched her own study for smokers with depression using a Fred Hutch smartphone app called Actify, said people can often be harsh and judgmental about patients who smoke.

“It [would] help if people could be more understanding and more compassionate toward cancer patients who are struggling to quit,” she said. “I’ve read comments posted on our Facebook ads for studies like ‘Please quit because I hate smokers’ or ‘I would think having cancer would be enough to make them quit.’”

People assume quitting is easier after learning you have cancer, she said, but the reality is, it’s “tremendously difficult” to stop during highly stressful times.

“People need comfort when they’re hurting,” she said. “And if smoking has been a long-term source of comfort, they may feel like they need it even more.”

What they don’t need, she said, is shame and isolation on top of everything else. Research has even shown that stigmatizing smokers does not motivate them to quit, Bricker said, another reason why he wants to design an app to help this vulnerable population.

“The app will not judge you,” he said. “You can always rely on the app for compassionate, confidential support. There would be a virtual coach that walks you through the program and helps you quit, someone caring and experienced and not judgmental. The privacy and confidentiality and intimacy of an app would make it easier for patients to access and accept the treatment.”

Bricker’s interviews with patients, doctors and nurses—as well as recent funding from a CVS Health Foundation grant—will help him create the app, which he calls Quit2Heal. He hopes to have it available for a clinical trial by spring 2018.

“Cancer patients feel very alone in the process of trying to quit,” he said. “Our app provides tools on how to cope with shame and teaches self-compassion and how to be kind to yourself. That’s just one piece of it. We’re also developing tools to help these people cope with anxiety and depressed thoughts and help guide them towards activities that are appropriate for cancer patients like mild exercise and walking.”

Manders said no matter how it’s done, quitting smoking after a cancer diagnosis is daunting but doable, even if it’s only for the duration of treatment.

“Trying to quit a coping skill or replace it with another when you’re facing the most stressful time in your life is really hard to do,” she said. “Nonetheless people make courageous attempts to quit—even if they don’t quit forever. They make a valiant effort to get through their treatment as a nonsmoker, which is still very helpful.”

This article was originally published on November 16, 2017, by Hutch News. It is republished with permission.