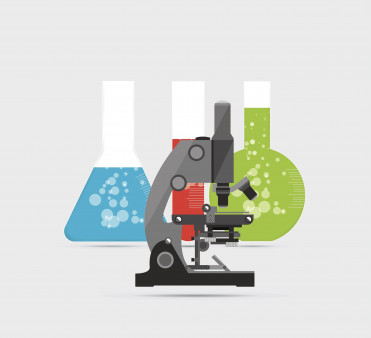 An unexpected trick in cancer’s playbook may fool an important component of our immune systems into knocking down our natural defenses against solid tumors.

Scientists at Fred Hutchinson Cancer Research Center say this newfound vulnerability involves a misuse of a type of T cell, part of a large family of blood cells that are essential to a functioning immune system.

A team led by Hutch immunologist Dr. Martin Prlic, staff scientist Dr. Florian Mair and postdoctoral fellow Dr. Jami Erickson published the findings today in Nature. They identified a subset of T cells that show up in great numbers in head and neck tumors, but not in similar tissues of the mouth inflamed by common ailments such as gum disease.

It seems that this odd group of T cells have mixed up their highly specialized assignments within our immune systems and are now working to protect tumor cells.

The evidence Prlic, Mair, and Erickson uncovered might help explain why cutting-edge immunotherapies that work against blood cancers are less effective against solid tumors (such as breast, prostate, kidney and colorectal cancers), which are responsible for most cancer deaths. Researchers say it points the way for future drugs that might strip away that protection, making current therapies work better for more people.

“Ironically, this is not what we tried to do,” Prlic said. “We were just interested in general about what makes the tumor environment different from ordinary inflammation. It was as if you were not looking for treasure, but then you stumble upon something many others have been looking for.”

The discovery came after the Hutch team developed new methods to analyze cells in inflamed tissues and applied complex computer analyses to their studies. They compared the kinds of immune cells found in and around patients’ head and neck tumors with those that appeared in tissue samples from patients treated for gum diseases.

As they suspected, the immune cells responding to the tumor were very similar to those in the inflamed gum tissues — until they took a closer look at their data and uncovered a surprising difference in one type of T cell drawn to the cancer samples.

T cells carry out a variety of tasks in the immune system. One of the most important is to stir up an inflammatory response, a coordinated assault to destroy cells damaged by infectious agents or cancer. Mobs of T cells do much of this killing themselves.

Other types of T cells work to calm their over-active brethren. Known as regulatory T cells, or T-regs, they typically tamp down inflammation, quieting that mob and thereby protecting nearby healthy tissues. Without enough T-regs, people can be vulnerable to unchecked abuses of their own immune system, suffering autoimmune diseases such as lupus or rheumatoid arthritis.

What Prlic and his colleagues found was a different flavor of T-regs. These immune-suppressing cells, swarming in the tumor-environment specimens, were different from T-regs found elsewhere in the body. Their cell surfaces are marked by two distinct protein receptors. These specially marked T-regs were particularly good at tamping down inflammation, expanding in number and protecting the tumor cells from attack by other types of T cells.

“A very large fraction of these critical, immunosuppressive cells in the tumor have this trait,” said Mair, who began work on the study with Erickson five years ago. “You don’t see it in T-regs that circulate in the blood, while in the tumor we see that up to 75% of the T-regs make these receptors.”

To a casual observer, the T-regs from the tumor samples would look no different from those found elsewhere in the body. But the team used new techniques that allow scientists to identify characteristics of tens of thousands of individual cells in a sample, and advanced computing methods to sift through data. It allowed them to spot two types of receptor proteins on the surfaces of T-regs collected from the tumor. The telltale proteins have names only a scientist could love: IL-1R1 and ICOS.

“What makes these cells unique is that they express [display] both those proteins,” Prlic said. “You just don’t see that co-expression on other T-reg cells.”

As soon as this duo of molecular-scale markers was discovered, the researchers knew that T-regs bearing them would be easy to spot with a simple test — an antibody that binds to the markers and carries a fluorescent tag.

Once revealed, a cancer trick could be undone

One reason this pair of proteins may have been overlooked by researchers previously is that they occur in human T-regs, not in those of mice. Much of laboratory work in immunology relies on mouse “models” of the immune response, but this study focused on human tissues, taken from patients who either had cancer or non-cancerous lesions.

“This doesn’t take anything away from the importance of mouse models. It just highlights that we also need to study human tumor tissues, so we don’t miss out on things like this,” Prlic said.

These human tumor-related T-regs were clustered in the thicket of blood cells and connective tissues in and around the malignant mass — a site of biological territory known as the tumor microenvironment. And because these cells are easy to spot, in theory they also can be easily targeted by anticancer drugs.

“All of a sudden, we now have a way of specifically targeting T-regs that only appear in tumors, and that is something that wasn’t possible before,” Prlic said.

Prlic and his team hypothesize that these tumor-resident T-regs have been tricked by cancer into working for the wrong team. Surrounded by T cells searching for cancer cells to destroy, the tumors acquired an ability to either attract or generate a blanket of these ICOS/IL-1R1-bearing T-regs. Exactly how they did so is not clear, but their impact is to build up an “immunosuppressive” environment, protecting the tumor from ordinary T cells doing their jobs.

While the research focused on head and neck tumors, Mair, Erickson and Prlic believe that their discovery may be important for many more types of cancer. Once they learned that presence of these markers was important, the Hutch researchers scanned a database of genes activated in specimens representing 21 different cancer types. Looking only for the gene encoding the rarer IL-1R1 protein, they saw it pop up, at varying levels, among all 19 solid-tumor cancer types, but not in the remaining two, which were blood cancers.

If a drug can be designed to knock out only T-regs in tumors, but not harm these immune-suppressing cells elsewhere, it might be an effective way to disable solid-tumor defenses. If the rogue immune cells can be rooted out, cancer-fighting T cells would be able to attack the tumor, while ordinary T-regs could do their job — keeping inflammation from damaging healthy tissues.

Prlic and his colleagues are hoping to develop a “bispecific” antibody — one that can grab two different molecular targets at the same time. In this case, one arm of the Y-shaped antibody protein would bind to the ICOS receptor; the other arm would lock on the IL-1R1 receptor.

The purpose of the bispecific antibody would be to disable or mark for destruction all the tumor-resident T-regs, while not harming these inflammation-calming cells elsewhere in the body. Previous efforts by drug developers to target T-regs failed because they lacked the precision to destroy only the T-regs protecting the tumor.

Now, scientists may have a path to only targeting T-regs that have been tricked into protecting tumors, perhaps freeing the rest of the immune system to do its job.

The study’s funders include the National Institutes of Health, the Washington Research Foundation and the American Association of Immunologists.

This post originally appeared on Fred Hutch News Service on May 11, 2022. It is republished with permission.