Governors have the authority to restrict or shut down mass transit as part of the emergency powers granted them during health crises. Istock

“In an outbreak situation, the public health response is effectuated at the state and local level.”

They can close schools and private businesses. They can restrict or shut down mass transit systems. They can cancel concerts, sporting events and political rallies. They can call up the National Guard. They can suspend medical licensing laws and protect doctors from liability claims.

And they can quarantine or isolate people who might infect others.

“The authority is immense, and it is extensive,” said James Hodge, law professor and director of the Center for Public Health Law and Policy at Arizona State University.

Every state and many cities have laws granting them special powers in emergencies, Hodge said. They may differ in the details, such as which public officials have authority in what circumstances.

Already in Washington state — the U.S. epicenter of the outbreak, where 10 deaths have been attributed to the coronavirus dubbed COVID-19 — Democratic Gov. Jay Inslee has declared a state of emergency and directed state agencies to use “all resources necessary” to respond to the outbreak.

A state of emergency allows officials to quickly secure and spend money, said Trudy Henson, public health program director at the University of Maryland Center for Health and Homeland Security. It cuts red tape, sometimes scrapping the requirement to use a competitive bidding process for government contracts. Inslee is asking the legislature for $100 million from this year’s budget to confront the disease.

The declaration also enables a governor to call up the National Guard. Inslee hasn’t yet taken that step but said he would if officials determine the guard could help with security, particularly if medical centers are besieged by a surge of infected patients.

‘We Are Taking Action’

Declarations of emergency also have an important public relations function.

“They can be a signal to the public that we are aware of this and we are taking action,” Henson said.

An emergency declaration gives government officials the authority to restrict or direct people’s movement, including isolating a person infected with a communicable disease or quarantining someone who appears healthy but was exposed to the disease.

“That’s what public health has done for literally hundreds of years,” said Nirav Shah, MD, JD, a lawyer and the director of the Maine Center for Disease Control and Prevention. “In particular, it was done with TB [tuberculosis] in the United States.”

States can force people to obey public health restrictions, Shah said, but he hopes cooperation will be the norm.

Amy Kapczynski, a Yale Law School professor, said at an American Civil Liberties Union news conference this week that authorities should use the “least restrictive” methods of quarantine and isolation and instead promote voluntary cooperation.

Health and legal experts assembled by the ACLU wrote an open letter to federal, state and local leaders saying that to encourage cooperation, they might have to take steps to “ensure that people are protected from job loss, economic hardship and undue burden.

“If people are asked to avoid public transport or work, policymakers and employers should give them an explicit incentive to stay home, either with payments or by compensation for lost wages” as has occurred in some other countries, the letter said.

New York Gov. Andrew Cuomo, a Democrat, is requiring health insurers to waive patient costs associated with testing for COVID-19, and no New Yorkers enrolled in Medicaid will be asked for a copayment for any COVID-19 testing.

“These actions will help ensure that cost does not serve as a barrier to access to COVID-19 testing for any New Yorker,” Cuomo’s office said in a release announcing his emergency order.

New York lawmakers of both parties complained that a bill passed Monday authorizing $40 million to fight the coronavirus gave Cuomo too much power. Albert Fox Cahn, a civil liberties lawyer, told the New York Daily News that it gave Cuomo “a blank check to do whatever he wants."

Under emergency decrees, governors and local officials also can redirect health care workers to where they are needed and organize hospitals to meet the demands of an outbreak.

For instance, they can decide which hospitals should have isolation wards. They can order or request hospitals to release patients with lesser health needs to make room for those infected with the virus. They can take properties to create emergency medical centers if hospital space runs out. And they can transfer equipment and supplies from one hospital to another, based on the needs of the moment.

In cases of shortages, governors can make requests for equipment and supplies from the Strategic National Stockpile, which keeps reserves. But some news reports have raised the possibility those reserves could quickly be exhausted, depending on the severity of the outbreak.

Governors also can suspend the licensing that normally regulates a state’s medical practitioners, to bring in professional help from elsewhere if needed. States often employ such practices in natural disasters.

The main function of local and state public health officials is tracking the disease and its spread. The federal government, in fact, relies on local and state health departments to do that sort of epidemiological detective work.

“In an outbreak situation, the public health response is effectuated at the state and local level,” said Maine’s Shah. “We are the ones responsible for organizing, testing patients, liaising with health care providers to ensure that patients are safely transported and isolated in hospitals, so they don’t infect others. And we’re the ones doing the epidemiological gumshoe work to see who else has been in contact.”

A lack of public health investment may hamper those efforts. Funding for the U.S. Centers for Disease Control and Prevention fell by 10% over the past decade, and President Donald Trump’s 2021 budget proposal calls for a further cut of 9%.

The group estimates that the states’ total public health workforce has fallen by 15% since 2010.

“The biggest problem we have is around readiness, driven by a lack of funding,” said Georges Benjamin, executive director of the American Public Health Association.

Insufficient funding, he said, has left most states with significant public health vacancies, forcing them to move employees from other areas into infectious disease to address the coronavirus outbreak.

“You end up leaving other areas — chronic diseases, maybe, or maternal health or HIV, uncovered,” he said.

States have faced another hurdle in the coronavirus outbreak: the initial sidelining of their laboratories. Because the disease originated overseas, state labs were at first dependent on the federal Centers for Disease Control and Prevention to develop a test for COVID-19. Experts in public health said the CDC should have created tests before the disease arrived on U.S. shores.

And the first kits CDC sent to states were defective, creating an additional delay during which only the CDC was able to test for the disease. That prevented tracking of the disease as it spread, said Kelly Wroblewski, director of Infectious Disease Programs at the Association of Public Health Laboratories.

All state labs may not have new tests to use before the end of the week, Wroblewski said.

In the meantime, recognizing that supplies may not keep up with the infection, the U.S. Food and Drug Administration last weekend approved commercial and academic labs to develop and begin using their own tests, which the FDA will approve retroactively, a step Wroblewski said has never been taken before.

The hope is that public health officials will be able to track the disease’s progress day by day, giving them the best chance of stopping the spread.

That means states can set their own criteria for who should be tested. State and local officials say the CDC’s initial criteria were too restrictive, possibly delaying early detection of some COVID-19 cases in the United States.

Spreading the Message
One other crucial function of state and local public health authorities is providing clear, scientifically based information to the public. While Trump administration messaging has been inconsistent, with some officials, including the president, at times minimizing the threat, state and local officials have communicated cautions and advice to the public.

Last Friday, for example, after a third case of the virus was confirmed in California’s Santa Clara County, its health department sent a public alert saying: “Now is the time to prepare for the possibility of widespread community transmission.” It gave advice on maintaining personal hygiene, avoiding those who were sick, isolating the sick and exploring tele-learning for schools and telework for businesses.

American history illustrates the consequences of what can happen when local officials minimize or dismiss the threat of an infectious disease, said John Barry, who chronicled the 1918-19 Spanish flu epidemic in the United States in his book The Great Influenza.

While the United States was embroiled in World War I in September 1918, a ship from Boston docked at the Philadelphia Navy Yard. The sailors who disembarked brought a deadly virus, eventually dubbed the Spanish flu, which infected half a million of Philadelphia’s nearly 2 million residents. It killed 16,000 of them.

The city’s public health director at the time, Wilmer Krusen, downplayed the danger of the pandemic, Barry said, saying it would be contained.

“No concern whatever is felt,” Krusen proclaimed.

Krusen rebuffed entreaties from doctors to cancel the Liberty Loan parade scheduled for later that month. It became the largest parade in the city’s history. Two days later, after the incubation period for the virus, Barry noted, flu cases spiked in Philadelphia. Priests in horse-drawn carriages drove through neighborhoods to collect the dead.

“It’s a perfect example,” Barry said, “of what happens when local officials lie to the public.”

This article was originally published on March 5, 2020, by Stateline, an initiative of The Pew Charitable Trusts. It is republished with permission. 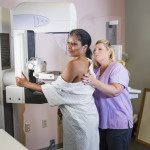 Patti LaBelle Urges American to Catch Up On Cancer Screenings

In the Northeast, Cancer Screenings Rebounded in Late 2020 after COVID-related Decline