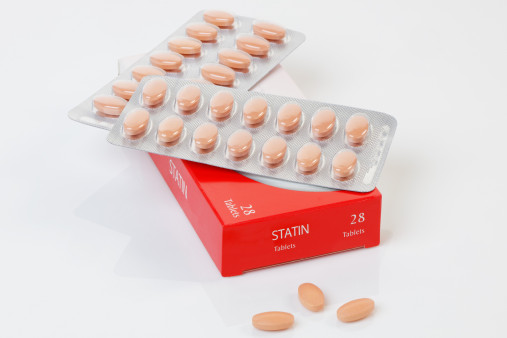 Statins May Protect the Heart From Toxic Effects of Chemotherapy

Women with early breast cancer who take statins were half as likely to be hospitalized for heart failure within five years of being treated with anthracycline-based chemotherapy, according to findings published in the Journal of the American Heart Association.

Women with early breast cancer are often treated with anthracyclines (chemotherapy drugs such as doxorubicin) or the monoclonal antibody trastuzumab (Herceptin), both of which can increase the risk of heart problems.

“Two types of cancer medications, anthracyclines and trastuzumab, are effective treatments for many women with breast cancer; however, the risk of heart muscle damage has limited their use, particularly in women who are at higher risk for heart problems because of their age or other medical issues,” Husam Abdel-Qadir, MD, PhD, of the Women’s College Hospital in Toronto, said in a press release. “The mechanisms for these medications are essential to kill breast cancer cells; however, these processes can also damage the cells of the heart muscle, leading to weakening of the heart.”

Small early studies suggested that statins, drugs used to lower cholesterol, appeared to reduce cardiotoxicity arising from these cancer drugs. Abdel-Qadir and colleagues looked for links between statin use and hospital visits for heart failure following chemotherapy with anthracyclines or trastuzumab for early breast cancer.

The team carried out a retrospective cohort study that included women who were at least 66 years old and received breast cancer treatment that included either anthracyclines or trastuzumab between 2007 and 2017. These women had not previously experienced heart failure. Women who had been prescribed a statin were matched one to one with those who had not received statins. The team matched 666 pairs of women who used anthracyclines and 390 pairs of women who used trastuzumab.

For the group that received trastuzumab, women exposed to statins had a heart failure incidence rate of 2.7%, compared with 3.7% for those who did not use statins, though the difference was not statistically significant. Those on statins were 54% less likely to require hospital treatment for heart failure.

Given the retrospective and observational nature of this study, the researchers reported an association between statin exposure and a lower risk of heart failure in women who received anthracycline chemotherapy to treat early breast cancer, but a causal relationship could not be established.

“These findings support the development of randomized controlled trials of statins for prevention of cardiotoxicity,” wrote the researchers.

“For women with breast cancer who meet established indications for taking a statin, they should ideally continue taking it throughout their chemotherapy treatment,” said Abdel-Qadir. “Women who do not have an indication for a statin should ask their health care team if they can join a clinical trial studying the benefits of statins in protecting against heart muscle damage during chemotherapy. Otherwise, they should focus on measures to optimize their cardiovascular health before, during and after chemotherapy.”

Click here to read the study in the Journal of the American Heart Association.