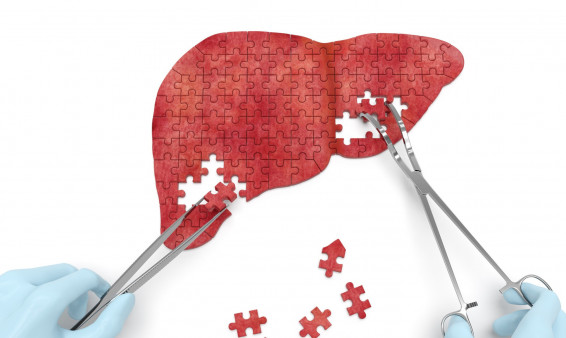 Targeting a protein called cyclin D1 may be beneficial in cancer treatment in the setting of obesity and Type 2 diabetes.

Liver cancer that develops in people with obesity and Type 2 diabetes is dependent on elevated amounts of a protein that might be targeted for treatment by two existing drugs, say Dana-Farber scientists.

The research reported in Cancer Research by Pere Puigserver, PhD, and colleagues pertains specifically to liver cancer in individuals who are obese and have Type 2 diabetes, the most common form of the disease. Such individuals are at increased risk of liver cancer.

Puigserver identified elevated expression of the protein, Cyclin D1, in the livers of obese, diabetic animals and in specimens of livers from humans with obesity and Type 2 diabetes. The team also found that Cyclin D1 was elevated in liver cancer cells from patients with obesity and diabetes, but not in specimens of liver cancer from lean, non-diabetic patients. Their conclusion was that Cyclin D1 is a vulnerability that could be exploited for cancer treatment in the setting of obesity and Type 2 diabetes.

The unique role of Cyclin D1

To demonstrate that Cyclin D1 is necessary for diabetes-associated liver cancer, the scientists deleted the gene for Cyclin D1 in obese, diabetic mice and showed that those animals did not develop liver cancer when given a cancer-causing substance.

In light of these findings, Puigserver explored whether lowering or blocking the activity of Cyclin D1 in the setting of obesity and Type 2 diabetes as a potential treatment for liver cancer. Cyclin D1, which helps regulate the growth cycle of cells, has “partner” proteins, CDK4/6, which act similarly, and for which there are existing drugs used in cancer treatment.

One such CDK4/6 inhibitor drug is palbociclib. When obese/diabetic mice with liver tumors were treated with palbociclib, the cancer’s progression was slowed, but the drug did not have this effect on liver tumors in lean, normal mice.

“These results indicate that Cyclin D1 dependency in liver cancer predicts susceptibility to CDK4 inhibition, especially in the context of obesity and diabetes,” the authors said.

Analyzing the role of insulin

The researchers also took another strategy to target Cyclin D1 in diabetes-associated liver cancer. People with Type 2 diabetes have elevated amounts of insulin in their blood, but their body cells are not sensitive to it, causing the symptoms of diabetes. Puigserver notes that this overabundance of insulin sustains Cyclin D1 and contributes to liver cancer.

Some — but not all — diabetes drugs work by making cells more sensitive to insulin, so less insulin is produced by the pancreas. By this logic, treating liver cancer with drugs that lower blood glucose and decreases insulin levels might reduce liver cancer risk.

Accordingly, the scientists gave obese/diabetic mice metformin, which dramatically reduced Cyclin D1 expression in the liver. These mice were protected against liver tumors when they were given a chemical known to induce liver cancer.

The researchers concluded that targeting CDK4 (the partner of Cyclin D1) in diabetic/obese patients with a CDK4 inhibitor or metformin may be a viable treatment for such patients.

Another implication of the study, Puigserver says, is the choice of drug therapy for patients with diabetes. Since drugs like metformin reduce excess insulin production, “metformin will have a double hit, protecting obese/diabetic liver cancer by correcting diabetes, and by blocking insulin-induced hepatic Cyclin D1 levels.”

Puigserver is a member of Cancer Biology at Dana-Farber and the Department of Cell Biology at the Blavatnik Institute at Harvard Medical School.

This article was originally published on August 21, 2020, by Dana-Farber Cancer Institute. It is republished with permission.