Findings showed that being treated for a mental health disorder increased the chance of survival among veterans with lung cancer.

For people with cancer who have a mental health disorder, getting mental health treatment may help them live longer, a new study suggests.

In the study, of more than 50,000 veterans treated for lung cancer within the Veterans Affairs (VA) system, those living with mental illness who received mental health treatment—including substance use treatment—lived substantially longer than those who didn’t participate in such programs. Survival was also better among veterans with mental illness who received housing or employment support.

Veterans who received mental health care and social support were also more likely to have their cancer diagnosed at an earlier stage, and more likely to receive optimal treatment for their cancer at any stage. The results were published June 4 in JAMA Oncology.

The study was retrospective—that is, it looked at events that happened in the past. Such studies cannot fully tease out whether some of the effects observed are due to differences between people who did and did not receive a specific treatment.

“But we observed a reduction in deaths from any cause—and from cancer specifically—of about 25% to 30%,” said Jacob Berchuck, MD, of Dana-Farber Cancer Institute, who led the research.

“If this was a pill, seeing a 30% reduction in mortality in lung cancer would be headline news. I think our results provide strong support for prospective studies to evaluate the effectiveness of these interventions,” he added.

Potential for a Big Impact

The seeds of the study were planted when Berchuck was a medical resident working in a veterans clinic in the Tenderloin district of San Francisco, a neighborhood that has long struggled with a high concentration of drug use and homelessness.

“A key takeaway was witnessing, over and over again, poor health outcomes due to homelessness, substance use disorder, and mental illness,” he said. “My patients would come to me for medical issues that were overshadowed by behavioral health and social needs. When those needs were addressed with mental health treatment and social programs, I saw the incredible impact those programs had on my patients’ lives and on their general health. I then wondered, ‘Is this true for the broader veteran population?’”

Along with collaborators at the San Francisco VA Medical Center, Berchuck decided to look more closely at these interconnected issues in people with cancer specifically. He and his colleagues examined VA records from 55,315 veterans, mostly men, who had been diagnosed with non-small cell lung cancer between 2000 and 2011.

Of these veterans, 18,229 had one or more pre-existing mental health conditions, including post-traumatic stress disorder, depression, bipolar disorder, schizophrenia, or substance use disorder.

About 57% participated in mental health treatment programs at the VA, either before or after their cancer diagnosis, and about 12% participated in either VA housing or employment programs. The researchers compared both deaths from any cause and deaths from lung cancer specifically between people who got mental health treatment or housing or employment support and those who did not.

The researchers also examined whether receiving mental health treatment or housing or employment support affected the stage of cancer at diagnosis and the types of treatment received.

Overall, veterans with mental health conditions were more likely to die of lung cancer—or from any cause—than those without.

However, participation in mental health treatment or housing or employment support programs turned out to have substantial benefits. For example, veterans with mental health conditions who participated in mental health treatment programs were more likely to be diagnosed when their cancer was at an earlier stage. They were also more likely to receive all the appropriate treatments for their cancer, regardless of stage at diagnosis. Similar effects were seen for veterans who participated in housing and employment support programs.

Veterans with mental health conditions who participated in mental health treatment or housing or employment programs had a substantially reduced risk of dying from any cause and of dying specifically from lung cancer than those who did not.

“The fact that these results were seen in non-small cell lung cancer is pretty dramatic,” said Wendy Nelson, PhD, of NCI’s Division of Cancer Control and Population Sciences, who was not involved with the study.

Similar results were seen for all the mental health conditions studied when broken out individually, including schizophrenia.

The study was not designed to identify what caused these differences. They were likely due to many causes, the researchers wrote, including that people are better able to participate in medical treatment when their mental health and social support needs are met.

Having more support, they explained, can also indirectly lead to improved health behaviors, such as a better diet and increased physical activity. And reductions in stress from improved mental health, housing, and employment can even potentially boost the immune system.

The VA is unusual among health care delivery systems in the United States in that it provides not just medical and mental health care, but wellness programs, educational assistance, and social support, Nelson said. That would make it difficult to extrapolate the results from this study to other systems that focus on medical care, she explained.

“The VA system offered an opportunity to study this question in an integrated health care system,” said Berchuck. “Integrating social and medical care would be more complicated in more fragmented civilian health care systems across the country. Our hope is that this study raises awareness of the potential positive impact addressing mental health, substance use, and social needs has on cancer outcomes and overall health.”

Because the study looked back in time, the researchers could not determine whether some differences between people who did and did not access services could have influenced the results. For example, people who were healthier overall could have been more likely to use the available mental health programs.

“Given these results, [we should] prospectively evaluate these programs,” said Berchuck. “There’s an important signal here, highlighting the impact that investments in mental health treatment and social needs can have on cancer outcomes.”

Although other studies have shown that people with untreated mental health needs have a higher risk of dying from lung and other cancers, researchers have only begun to explore whether meeting those treatment needs can reduce the risk of death or improve other aspects of treatment.

For example, Nelson has been studying whether addressing stress and trauma during cancer treatment can improve whether patients adhere to that treatment. Other ongoing studies at NCI are looking at the patient experiences of older adults who received mental health treatment in addition to their cancer treatment.

Berchuck sees similarities to the growing appreciation for the benefits of integrating palliative care—which focuses on maintaining a patient’s quality of life during treatment—into cancer medicine. Even though oncologists may know the basics of palliative treatment, he explained, their patients can often benefit from partnering with palliative care teams.

Similarly, “I think it’s important that oncologists are aware of mental health issues and integrate care with mental health experts,” he added. “Even for those without a history of mental illness, a cancer diagnosis is life changing. And like other areas of cancer medicine, [mental health] can benefit from a multidisciplinary approach.”


This post was originally published by the National Cancer Institute. It is republished with permission. 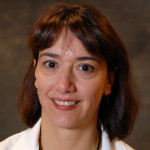 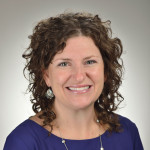