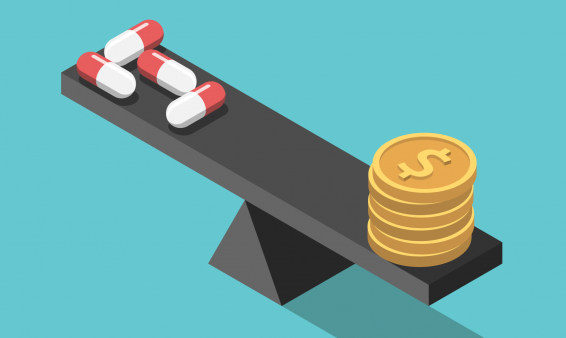 Cancer Patients Are Willing to Pay Almost Anything for Treatment

Researchers are concerned about the “financial toxicity” associated with cancer care.

As many cancer patients are aware, there are many uncomfortable financial truths when it comes to seeking treatment, with many next-generation therapies costing up to seven figures for those who take them. But a new study in the Journal of Oncology Practice shows most cancer patients are willing to pay almost anything for treatment—indeed, many said they would sell their homes and declare bankruptcy if necessary, Today reports.

The results of the new survey confirm what many pharmaceutical companies already know: People are willing to shell out big bucks for a chance at beating cancer. Led by a research team at Duke University, the findings also suggest that so-called financial toxicity, as the economic burdens associated with therapy are sometimes referred to, is causing incredible harm to patients.

For the study, researchers conducted a longitudinal survey of 300 insured patients with solid tumor cancers who were either on chemotherapy or hormonal therapy. Subjects were surveyed twice about their willingness to make financial sacrifices for treatment as well as their actual sacrifices, including out-of-pocket costs.

The survey found that the median cost cancer patients were paying out-of-pocket was $393 per month at baseline and $328 per month at the survey follow-up. At baseline, 49 percent of patients said they were willing to declare personal bankruptcy to access treatment; 38 percent said they were willing to sell their homes; and 65 percent were willing to make other significant financial sacrifices, including borrowing money to pay for their cancer care. Sacrifice also increased over time, with patients using their savings increasing from 41 to 54 percent during the study period.

“There is a potential disconnect between the value that patients place on cancer treatment and the benefit they stand to gain in terms of prolongation of life or relief of symptoms,” wrote study authors, noting that 76 percent of patients in the survey had Stage IV cancer and thus had a very low probability that treatment would substantially impact their outcome. They added that their findings “highlight the importance of shared decision making and ensuring that treatment decisions reflect patient goals and preferences.”

Study authors recommend that doctors be more open with patients about the risks and benefits of paying so much for treatment and more directly address the financial toxicity facing many patients.