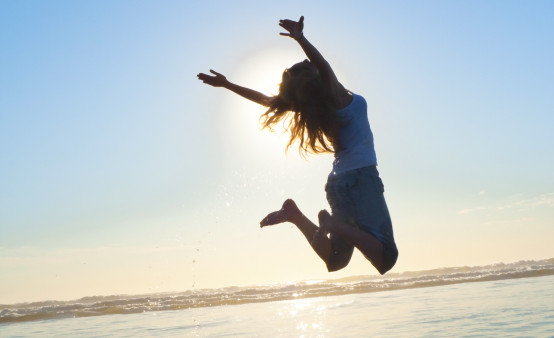 Diagnosed while a student, Ella Neal found hope for fibrolamellar HCC, a rare liver disease, at the University of Colorado Cancer Center.

September 10, 2021 • By Greg Glasgow at the University of Colorado Cancer Center

The doctors she saw initially didn’t seem too concerned, but 22-year-old Ella Neal knew something was seriously wrong. A persistent, unusual abdominal pain was keeping her up at night and distracting her from her studies at the University of Colorado Boulder.

Scans showed a 7-centimeter lesion on her liver, but doctors told her merely to come back three months later to see if the lesion had grown. Unsatisfied, Neal went to a number of other doctors, finally ending up in the multidisciplinary clinic for liver cancer at the University of Colorado Cancer Center. There her case was evaluated by experts from many different specialties, including transplant surgeon Megan Adams, MD, who finally was able to solve the mystery. The lesion was actually an orange-sized tumor in her liver that needed to be removed.

Once Adams — an assistant professor of surgery at the University of Colorado School of Medicine — removed the tumor and had it biopsied, Neal got even worse news: She had stage IV fibrolamellar hepatocellular carcinoma (HCC), a very rare liver cancer that tends to strike children and young adults.

“It was incredibly heartbreaking,” Neal says of her missed diagnosis. “I’m studying to be a speech pathologist, and we talk a lot about laryngeal cancer, lung cancer, things like that, so I knew what a lesion was, and I knew it was a tumor. I felt like they sugarcoated it a lot. It wasn’t just the health professionals who underestimated everything; I felt like my parents didn’t even take it seriously. I was alone for about four months. It makes it all the sweeter now when I get to have a team of experts who believe me, who put my health care first, and they know their stuff.”

Neal is now undergoing adjuvant chemotherapy and immunotherapy — therapies that happen after surgery to wipe out any remaining cancer and to prevent the disease from recurring — with CU Cancer Center member Alexis Leal, MD, who conferred with colleagues at other cancer centers on the best way to treat a cancer that physicians seldom encounter.

“Fibrolamellar HCC is incredibly rare. They make up 1% or less of all liver cancers,” Leal says. “HCCs, by and large, are an adult cancer that tend to occur in patients that are in their 50s or 60s and older, and they happen in patients who have underlying liver disease. But fibrolamellar HCC, in stark contrast, is a disease of children, adolescents, and young adults who don’t have liver disease. These are tumors that we typically find by surprise, and because they are so rare, we have very little data on how to treat them.”

Neal, who grew up in Castle Rock, Colorado, says the disease and its treatment were life-changing. A part-time model, she has had to adjust to the effects of a surgery that, as she describes it, “cut me basically in half. They took out my gallbladder, and some of the lymph nodes so they could biopsy them, and that’s how they figured out it was stage IV, because it had metastasized a little bit to my lymph nodes. Thankfully it didn’t spread anywhere else. I knew it was cancer, but I didn’t think it had progressed that far.”

But there were silver linings as well. Neal has found a new community of fibrolamellar patients online and has become involved in raising awareness of the disease and funds for research, even donating her tumor tissue samples to the Fibrolamellar Cancer Foundation. And after hearing that Neal lost a speech pathology internship shortly after her diagnosis, Adams connected her with a speech pathologist at UCHealth who needed an intern.

“I feel very taken care of now, not only by my family, but by the support system I have in my life,” Neal says. “That waiting period of knowing something was incredibly wrong and not being able to find people to help me was devastating. The second I got hooked up with Dr. Adams and Dr. Leal, I felt like I was being taken seriously and something was being done. If I do have to fight this again, I know I’m not without help. It’s extremely comforting.”

Unfortunately for Neal, fibrolamellar HCC does have a high rate of recurrence, so chances are good she will end up fighting it again. Leal says after Neal finishes with her course of immunotherapy and chemotherapy in September, she will be closely monitored for at least five years with scans and physical exams to watch for any sign of the cancer returning.

The power of positive thinking

A patient like Neal — who has remained positive and upbeat throughout her diagnosis and treatment — often will fare better over time, Leal says.

“Ella is just a rock star. She hasn’t seemed to let this get her down,” Leal says. “I remember when we talked about the fact that with her chemotherapy she was going to need to wear a pump home with her, and we would give her a fanny pack to hold everything. She asked if could she get her own fanny pack, and I said, ‘Absolutely you can,’ and she did. She got her own, and she has all of these really amazing buttons all over it, and every now and again she’ll have new buttons that she’s added. She has styled her fanny pack so it’s very unique and fun.

“I’ve taken care of so many patients, and I think that that kind of good attitude goes a long way,” Leal continues. “There’s something to be said for having a positive outlook and rolling with the ups and the downs that can come with treatment. I’ve seen a number of patients who have that attitude, and I do feel like it tends to have a positive impact on their treatment and on those around them.”

For Neal’s part, she’s excited for her treatment to end and to get back to normal life — to modeling, snowboarding, taking classes, working at her internship, and most of all, to take a shower again. Because of her chemotherapy port, she is currently only able to take baths.

“I think the thing I will love the most is showering,” she says. “There are weeks where I want to shower so bad, and the most I can do is sponge myself off.”

Equally important is bringing more awareness to fibrolamellar HCC. Already, a fashion show she modeled in earlier this month helped her bring attention to the cause — she even worked with a designer who created an outfit around her fanny pack.

“Through this experience, I definitely have more of a heart to raise awareness,” Neal says. “Everyone is aware of breast cancer and the ubiquitous pink ribbon, but fibrolamellar just needs attention so badly.”

This article was originally published on August 25, 2021, by the University of Colorado Cancer Center. It is republished with permission. 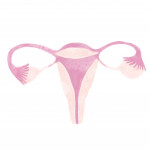