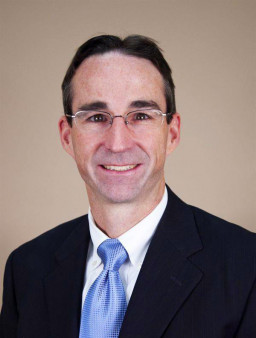 “The immune response and MDSCs are like yin and yang, balancing each other. For example, you want the immune system to fight an infection and then you want MDSCs to shut down the immune system when the infection is gone,” says Martin McCarter, MD, investigator at the CU Cancer Center and surgical oncologist at the UCHealth University of Colorado Hospital.

“We started studying our melanoma patients and found a ton of these MDSCs in the circulation and in the tumor itself,” he says. “Melanoma induces these cells to be around the tumor microenvironment. After identifying that, yes, there are a lot of these cells around, we wanted to find ways to target those MDSCs. If we could render them dysfunctional then in theory a better immune response could go forward.”

Understanding how retinoic acid defuses MDSCs requires a little knowledge about each.

MDSCs are immature, undifferentiated cells that are produced in the bone marrow. When healthy, MDSCs quickly mature into cell types that aid immune function. But cancers like melanoma encourage MDSCs to remain immature, and this population of immature MDSCs turns off the immune system.

Retinoic acid is a well-known compound derived from the breakdown of Vitamin A. It encourages cells to differentiate, transitioning from stem-like cells into the mature cells the body needs for structure and function. Retinoic acid is a common ingredient in topical acne treatments and is also used to treat acute promyelocytic cancer. Work in the McCarter lab and elsewhere showed that the form of retinoic acid known as ATRA could force MDSCs to mature, switching their function from immune suppression to immune support.

“ATRA was available off the shelf. There was a lot of history and lot of knowledge about the drug itself,” McCarter says.

Based on promising laboratory work, Jordan wrote a proposal for an R21 grant, also known as an Exploratory/Development Grant, which is a program by the National Institutes of Health meant to encourage researcher-initiated trials.

“We were able to show several things,” McCarter says. “First is that we could reduce the number of circulating MDSCs in patients that got ATRA. We also showed that immunosuppressive MDSC genes were reduced in these patients. And we showed there was more activation of CD8 T cells. Basically, not only did immunosuppressive stuff go down, but the immune response went up. The other take-home is this was a safe combination — adding ATRA didn’t increase toxic side-effects.”

Then, partway through the trial, ipilimumab stopped being the standard of care. Instead of using ipilimumab to help the immune system target CTLA-4, doctors started using drugs like pembrolizumab and nivolumab to target PD-1.

“We didn’t have enough patients on the trial to show survival benefit but we were able to demonstrate the proof of principal to target MDSCs in humans,” McCarter says.

Meanwhile, McCarter’s postdoctoral researcher, Kim Jordan, took a position as an associate research professor in the CU School of Medicine Department of Immunology. Luckily, she was replaced by another postdoctoral researcher, Richard Tobin, PhD, who was able to shepherd the group’s promising preclinical work with ATRA and MDSCs from ipilimumab to pembrolizumab. A new trial of pembrolizumab with and without ATRA offered at the UCHealth University of Colorado Hospital to adult patients with stage III or IV melanoma has started enrollment and is recruiting patients (ClinicalTrials.gov #NCT03200847).

“This is a homegrown project, from the basic laboratory work, through the translational science, and now into investigator-initiated clinical trials,” McCarter says. “I couldn’t be more proud of Kim, Richard and the rest of my team. And we see the real potential that this strategy could be a useful and non-toxic addition to immunotherapies for patients with melanoma.”

The group expects results of the current trial of pembrolizumab plus ATRA in late 2019.

This article was originally published on August 16, 2018, by the University of Colorado Cancer Center. It is republished with permission.