A study in Kentucky laid the groundwork to combat the state’s high cancer rate.

Teaching high school students to better understand health care information and make healthy decisions, known as health literacy, could in theory lower cancer rates. That is according to a study conducted in Kentucky, a state that has the dubious distinction of being first in the nation when it comes to its rates of cancer diagnoses and deaths due to cancer.

Each year, more than 26,000 Kentucky residents are diagnosed with cancer, and 10,000 experience cancer-related deaths. The eastern, Appalachian portion of the state, with the highest poverty rates in the state (and more than double the national average), is particularly hard hit.

“Individuals with inadequate health literacy are less likely to participate in preventive measures, such as obtaining screenings and making healthy lifestyle choices, thus increasing their chances of developing and dying from cancer,” wrote the authors of the new study in the Journal of Cancer Education. “By increasing cancer literacy among youth and adults, it may be possible to decrease cancer disparities across Kentucky.”

Nathan L. Vanderford, PhD, of the University of Kentucky in Lexington, and colleagues studied a pilot educational program to increase cancer literacy among 349 middle and high school students in Kentucky.

Before and directly after receiving the intervention, the students underwent a test of their cancer literacy.

Eighty-nine percent of the participants were white, 69% were girls and 81% were in the 10th through the 12th grade.

The average baseline cancer health literacy score was 56%, a figure that increased to 85% after the educational session.

The study authors concluded that widescale implementation of this educational program “could ultimately drive changes in behaviors that may help lower cancer incidence and mortality rates” in Kentucky.

“Youth represent a vulnerable population that is at risk for beginning behaviors—like smoking—that increase cancer risk,” Vanderford said in a press release. “At the same time, this is a malleable group that may be more positively influenced by cancer prevention and control strategies. Our results highlight opportunities we have to provide cancer education material to students in a way that will greatly affect their cancer knowledge, which could result in lowering cancer risks through increased cancer prevention/control behaviors.”

Check out the CancerHealth article “U.S. Cancer Rates: Where Does Your State Rank?” 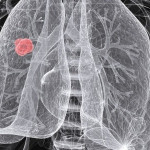