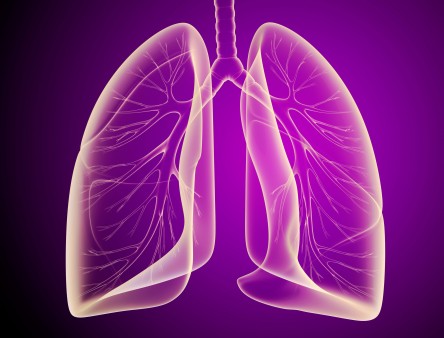 First-time treatment with Tecentriq (atezolizumab) plus the chemotherapy drugs carboplatin and Abraxane (albumin-bound paclitaxel) reduced the risk of disease progression or death in people with squamous non-small-cell lung cancer (NSCLC), according to Phase III study results announced this week by Genentech.

These findings come from the IMpower131 trial, one of eight ongoing Phase III lung cancer studies evaluating Tecentriq alone or in combination with other medications. The new results have not yet been presented at a scientific conference or published in a medical journal.

Non-small-cell lung cancer, which accounts for more than 80 percent of all lung cancers, is often detected late and has a high mortality rate. Lung cancer is the leading cause of cancer-related death for both men and women in the United States; it is expected to cause about 154,000 deaths this year, according to the American Cancer Society.

Tecentriq is a checkpoint inhibitor that blocks the PD-L1 protein on cancer cells or immune cells inside tumors. PD-1 is an immune checkpoint, a receptor on T cells that plays a role in regulating immune function. Some tumors can hijack PD-1 to turn off immune responses against them. Drugs that block the interaction between PD-1 and its binding partner PD-L1 can release the brakes and restore T-cell activity.

IMpower131 is a multicenter, open-label Phase III clinical trial evaluating the safety and efficacy of Tecentriq plus chemotherapy in 1,021 people with Stage IV squamous NSCLC who have not received prior chemotherapy. (Stage IV cancer has metastasized, meaning it has spread to other parts of the body.)

Participants were randomly assigned to one of three treatment groups:

During the first part of the study, known as the induction phase, people in Arm A received four or six cycles of Tecentriq plus carboplatin and paclitaxel, given on the first day of each 21-day cycle. Those in Arm B received the same schedule of Tecentriq and carboplatin, with Abraxane administered on days 1, 8 and 15 of each cycle. In Arm C, carboplatin and Abraxane were administered as they were in Arm B. In Arms A and B, this induction phase was followed by a maintenance phase in which participants received Tecentriq every three weeks until disease progression occurred or clinical benefit stopped, while patients in Arm C received the best supportive care.

The co–primary endpoint of the trial was progression-free survival—meaning patients were still alive with no disease progression—and overall survival in Arm B versus Arm C. (A comparison between Arm A and Arm C will be done later.)

Genentech did not provide detailed results in its press release but said the study met its co–primary endpoint. This suggests that people treated with Tecentriq plus carboplatin and Abraxane had a significantly longer time to disease progression or death than those receiving chemotherapy alone, meaning the difference was probably not attributable to chance. A significant improvement in overall survival was not seen in this interim analysis, but it takes more time to show whether patients will live longer and follow-up is continuing.

Adverse events associated with Tecentriq and the chemotherapy combination appeared to be consistent with the known safety profile of these drugs; no new safety signals were identified, according to the press release.

The main concern with drugs like Tecentriq is immune-mediated side effects. Checkpoint inhibitors work by restoring immune responses against cancer cells, but they can also activate the immune system more broadly and cause excessive inflammation of healthy tissue. Serious side effects of Tecentriq may include lung, liver and intestinal inflammation, brain and eye inflammation, endocrine gland problems and infections.

Genentech chief medical officer Sandra Horning, MD, said the IMpower131 results would be shared with global health authorities so they can consider expanding Tecentriq’s indication to include first-line lung cancer treatment. The drug is currently approved in the United States for previously treated or metastatic NSCLC and for advanced bladder cancer.

Click here to read Genentech’s press release about the study.