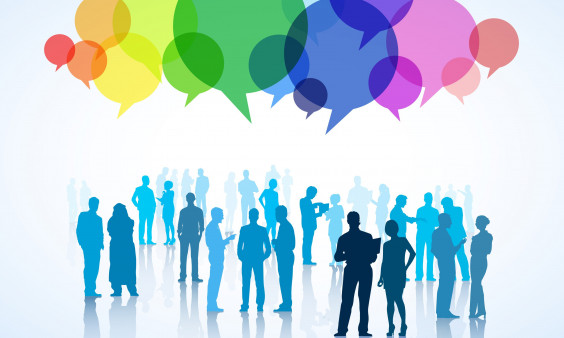 A national clinical trial testing a smoking cessation intervention for young adults that was conducted entirely on Facebook has found that smokers are 2.5 times more likely to quit after three months with the Facebook-based treatment than if they were referred to an online quit-smoking program.

It is the first study to test the effectiveness of a smoking intervention delivered entirely on Facebook and to also use biochemically-verified abstinence from smoking.

Quit rates were the same between the two groups after a year. Researchers said they believe the method is promising, and can be used effectively to support short-term positive behavior change, especially among young adult smokers, which has been a challenging group to reach and treat.

The study was published May 24 in the journal Addiction.

“We were doing something very ambitious by taking those who were not necessarily ready to stop smoking and seeing if this form of intervention could help,” said first and corresponding author Danielle Ramo, PhD, an associate professor of psychiatry at UCSF and member of the UCSF Weill Institute for Neurosciences.

“We found that we could reach a hard-to-reach population, have short-term abstinence, and also have excellent engagement,” Ramo said. “It suggests that the social media environment can be an engaging tobacco treatment tool, even for those not ready to quit. This group may have participated in the trial solely for monetary incentives, but their engagement and limited dropout suggest that a social media intervention could help them move toward long-term abstinence.”

Young adulthood has been widely demonstrated to be when people are most likely to smoke. In the United States, studies show that almost all smokers reported starting before the age of 26. While young adults are as motivated to quit as older smokers, they are less likely to use evidence-based treatments for smoking cessation, such as medication, counseling, or phone-based quit lines, research has shown. As a result, social media-based programs could potentially expand the reach of cessation services.

For the study, the researchers created the Tobacco Status Project, a 90-day motivational program in which participants were assigned to secret (private) Facebook groups tailored to their readiness to quit smoking. The intervention consisted of methods including daily posts, weekly live question and answer sessions, and weekly live cognitive behavioral counseling sessions with a doctoral-level smoking cessation counselor. The control group received a referral to the National Cancer Institute’s Smokefree.gov website and was encouraged to actively use it for the duration of the trial.

The study sample was similar to the U.S. population of smokers. Altogether, 500 people participated: 45 percent were males, 73 percent were white and 87 percent were daily smokers. The mean age was nearly 21. Participants did not have to want to quit smoking to be involved in the study.

The authors assessed abstinence at the beginning, then at three months, six months and 12 months. Participants could receive a monetary incentive consisting of gift cards at each assessment, plus a $20 bonus for completing all three, for a total possible incentive of $100.

Researchers found that the social media program had a significant effect on quitting during the time that the intervention was active, amounting to three months, although that effect was not sustained at a year during follow-up assessments. As expected, the researchers also found that abstinence over a longer period occurred among those who were prepared to stop smoking versus those who simply contemplated it or those who were not thinking about it at all.

Those assigned to the Tobacco Status Project were two and a half times more likely to have biochemically verified abstinence from smoking compared to controls at three months (8.3 percent vs. 3.2 percent). Over 12 months, that difference was no longer significant.

“Digital interventions can sometimes suffer from low engagement,” said Ramo. “We saw high engagement overall, with more than three-fourths of those in the project commenting at least once during the intervention, and the average person commented 31 times. We also saw a significant difference at the end of treatment. This is exciting. It was highly engaging for the participants. This is a form of intervention that really appeals to young people.”

Ramo’s research focuses on using digital media to address tobacco, drug and alcohol use. She directs the UCSF Research on Addiction and Digital Interventions Lab and co-directs the Digital Health Core in the Department of Psychiatry. She is also a member of the UCSF Helen Diller Family Comprehensive Cancer Center.

Funding was provided by a career development award from the National Institute on Drug Abuse (K23DA032578).

This article was originally published on May 24, 2018, by the UCSF News Center. It is republished with permission.