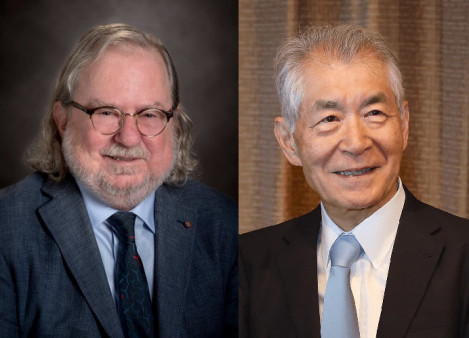 And the Winner Is…

Two cancer immunotherapy researchers were awarded the 2018 Nobel Prize in Physiology or Medicine for their pioneering work on immune checkpoint inhibitors. Some cancers can hijack checkpoint receptors on T cells to turn off immune responses against them; checkpoint-blocking medications release the brakes.

James Allison, PhD, of the University of Texas MD Anderson Cancer Center in Houston, found that an antibody that blocks the CTLA-4 checkpoint could cure cancer in mice. That work led to the approval of the first checkpoint inhibitor, Yervoy (ipilimumab), in 2011.

Tasuku Honjo, MD, PhD, of Kyoto University in Japan, discovered PD-1, a checkpoint that suppresses immune function. His work led to the development of several drugs that block the interaction between PD-1 and its binding partner, known as PD-L1. Two PD-1 blockers, Keytruda (pembrolizumab) and Opdivo (nivolumab), are now approved for several types of cancer.

“By stimulating the inherent ability of our immune system to attack tumor cells, this year’s Nobel laureates have established an entirely new principle for cancer therapy,” the Royal Swedish Academy of Sciences said in its award announcement.