Nearly a quarter of women met the criteria for counseling based on their personal or family history.

A majority of women who meet the criteria for a genetic counseling referral because of increased likelihood of BRCA gene mutations do not receive such counseling or testing, according to study results published in The Journal of the American Board of Family Medicine.

BRCA1 and BRCA2 are tumor suppressor genes that help prevent cancer by repairing broken DNA. Women with harmful BRCA mutations have a much higher likelihood of developing breast and ovarian cancer and at younger ages.

According to United States Preventive Services Task Force (USPSTF) guidelines from 2019, asymptomatic women with a family history of cancers linked to BRCA1 or BRCA2 mutations as well as those with an ancestry associated with these mutations should be referred for genetic counseling.

Daniel Parente, MD, PhD, of the University of Kansas Medical Center in Kansas City, conducted a needs assessment for genetic counseling for BRCA-related cancers among women at an urban medical center with an underserved population.

Parente surveyed adult women who were attending primary care appointments. As part of a 12-item questionnaire, he inquired about participants’ personal and family history of BRCA-related tumors and their past experience with genetic testing or counseling. These women were also given the USPSTF-recommended seven-question Family History Screening test (FHS-7), in this case revised for women with low health literacy.

About half the the women were White, 39% were Black, 10% were Latina and 3% were Asian. All age groups were represented. Just over 60% had private insurance, 27% were covered by Medicare and 12% had Medicaid.

Of the 397 women surveyed, 97 women (24%) were eligible for a genetic counseling referral, with the most common reason being a family history of female breast cancer before age 50. Earlier research has placed the proportion of women meeting criteria for genetic counseling at 5% , but this low figure may have been a result of the stricter 2005 USPSTF guidelines that were in use, according to Parente.

Among the 97 eligible women, 80 women (82%) had no prior experience with genetic testing or counseling, making up about 20% of the total study population.

Click here to read the study in The Journal of the American Board of Family Medicine. 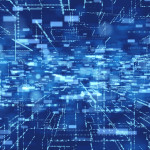