The Word of Mouth on Oral Cancer

Nearly 50,000 people are diagnosed with oral cancer in the U.S. each year—and that number continues to grow, particularly among certain segments of the population.

While all adults should be screened for oral cancer annually, those who smoke or use smokeless tobacco, and/or consume alcohol excessively are at a higher risk for the disease. Another risk factor includes exposure to certain types of HPV—or human papillomavirus, a common sexually transmitted virus—which is contributing to a rise in oral cancer among young, otherwise healthy, non-smokers.

There is also a disparity in mortality for oral cancer. According to the Oral Cancer Foundation, the five–year survival rate for oral cancer is lower for African Americans than Caucasians—33 percent versus 55 percent. The disparity in oral cancer deaths can be attributed to lifestyle choices—including tobacco use, frequency of alcohol use, and poor dietary choices—as well as socioeconomic factors, such as access to health services and dental insurance. Therefore, knowledge of oral and oropharyngeal cancer and its risk factors is important to reducing your risk.

Most cases of oral cancer are found in the late stages, resulting in an extremely high death rate. In fact, more than 40 percent of those diagnosed with oral cancer die within five years, due to late stage diagnosis. In contrast, early detection (stage I and II) of oral cancer yields survival rates of up to 90 percent.

Despite the growing rate of oral cancer in the U.S., awareness of the disease and its risk factors remains low. According to a recent survey from Vigilant Biosciences, more than 60 percent of consumers know very little or nothing about oral cancer. What’s more, while 81 percent of people would like to be screened for oral cancer at every dental check-up, only 29 percent are actually screened.

The survey also revealed how little adults know about the various risk factors for oral cancer, particularly the connection between oral cancer and HPV. While the Centers for Disease Control (CDC) reports that up to 70 percent of oropharyngeal cancers may be associated with HPV, the survey found that 59 percent of adults are not aware that HPV is a risk factor for oral/oropharyngeal cancer. Of those surveyed who have been diagnosed with HPV, only 36 percent considered themselves at risk for oral cancer.

Being proactive about your oral health is important. Ask your dentist for an oral cancer screening once a year and keep in mind the following guidelines:

Know the Risks. Anyone can get oral cancer, but certain factors increase the risks of developing the disease. Tobacco and alcohol use are two major risk factors associated with oral cancer. Another risk factor includes exposure to certain types of HPV, which is contributing to a rise in oral cancer among young people.

Get Screened Yearly. A recent survey showed that less than one-third of respondents recall being screened for oral cancer at their last dental check-up, but a large majority would like to be screened at every check-up. Ask your dentist for a screening during your next visit.

Live a Healthy Lifestyle. Maintain good oral and overall health. This includes engaging in good oral health practices, getting regular dental and medical check-ups, eating healthy, and practicing safe sex. If you notice any changes in your oral cavity or throat that persist, ask your dentist or doctor.

Elizabeth Franzmann, MD, is scientific founder and chief scientific officer at Vigilant Biosciences, Ft. Lauderdale, Fla. Her innovative clinical research on selective salivary biomarkers for head and neck squamous cell carcinoma serves as the foundation for Vigilant Biosciences’ initial products. Her resulting research has been described in numerous publications. In addition to her clinical research activities, Dr. Franzmann is certified by the American Board of Otolaryngology, and specializes in otolaryngology and head and neck surgery as an associate professor of otolaryngology at the University of Miami Miller School of Medicine. Dr. Franzmann has been recognized as one of the “Best Doctors in America,” an honor that reflects her fellow physicians’ view that she is among the most skilled in her field and most qualified for reviewing complex medical conditions. Dr. Franzmann received her bachelor of science degree and doctorate of medicine at the University of California, Los Angeles.

The University of Miami and Dr. Franzmann hold intellectual property used in the study and have the potential for financial benefit from its future commercialization.  Dr. Franzmann is the Chief Scientific Officer, consultant and an equity holder in Vigilant Biosciences, licensee of the IP used in the study. 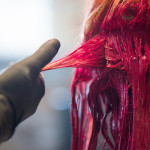