A new study is the first to quantify the number of years of healthy life lost to poor health and death from childhood cancer.

Cancer among children was responsible for 11.5 million years of healthy life lost to poor health and death around the world in 2017.

Publishing their findings in The Lancet Oncology, researchers at St. Jude Children’s Research Hospital in Memphis and the Institute for Health Metrics and Evaluation at the University of Washington conducted a Global Burden of Disease study in which they analyzed global data on cancer’s impact on people younger than 20 years old in 2017.

That year, there were an estimated 416,500 cases of childhood cancer globally.

Childhood cancer led to a loss of 11.5 million disability-adjusted life-years (DALYs) among children in 2017. A DALY is a composite measurement of years spent with compromised health and years of life lost.

“By assessing the global burden of childhood cancer through the lens of disability-adjusted life-years, we can more comprehensively understand the devastating impact of cancer on children globally,“ the study’s leader, St. Jude’s Lisa Force, MD, said in a press release. ”Our findings are an important first step in establishing that childhood cancer has a role in frameworks that address global oncology and global child health."

About 80% of children with cancer in high-income countries survive for at least five years after their diagnosis, compared with 35% to 40% of those in low- and middle-income nations, where about 90% of children at risk of developing cancer live.

Among all childhood cancers, blood cancers, in particular leukemias, were the primary drivers of additional DALYs lost, accounting for 34% of the loss of healthy life. Brain and nervous system cancers drove 18% of the loss. 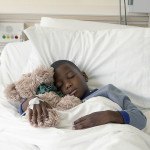 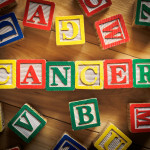