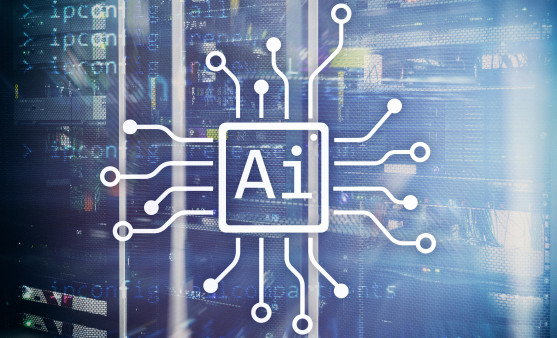 “This technology could help inform how aggressive or conservative surgery needs to be.”

For patients with a brain tumor, the first step in treatment is often surgery to remove as much of the mass as possible. A tumor sample obtained and analyzed during surgery can help to precisely diagnose the tumor and define the margins between tumor and healthy brain tissue.

However, such intraoperative pathology analysis takes time—the sample must be processed, stained, and analyzed by a pathologist while the surgeon and patient wait for the results. Now, a new study shows that a process combining an advanced imaging technology and artificial intelligence (AI) can accurately diagnose brain tumors in fewer than 3 minutes during surgery. The approach was also able to accurately distinguish tumor tissue from healthy tissue.

The findings were published January 6 in Nature Medicine.

“This technology is especially encouraging for patients with newly detected tumors and patients with [recurrent tumors] who are undergoing second or third surgeries,” said Daniel Orringer, MD, of NYU Langone Health, who helped lead the study.

This study, the research team wrote, opens the door to “provid[ing] unparalleled access to intraoperative tissue diagnosis at the bedside during surgery” while “reducing the risk of removing … normal tissue adjacent to a [tumor].”

Kareem Zaghloul, MD, PhD, a neurosurgeon in NIH’s Surgical Neurology Branch who was not involved in the research, said he is encouraged by the study’s results. “This technology could help inform how aggressive or conservative surgery needs to be,” Zaghloul said.

In the study, a research team led by Orringer and Todd Hollon, MD, chief neurosurgery resident at the University of Michigan, wanted to test whether they could combine an imaging technology called stimulated Raman histology (SRH) with the predictive power of AI to improve current intraoperative pathology practice.

SRH, a specialized form of microscopy, can be used to visualize fresh tissue samples directly in the operating room, even producing the same sort of “staining” that pathologists apply to frozen tissue samples to analyze cellular structure. At the University of Michigan, surgical teams are already using an SRH system for some brain tumor and head and neck cancer procedures.

AI involves using powerful computers to perform tasks that are typically associated with human intelligence. A type of AI known as deep learning uses complex mathematical algorithms, sometimes called convolutional neural networks, to extract features from data that it is then “trained” on.

This training allows the algorithm to recognize patterns and perform tasks such as analyzing images. In medicine, for example, such algorithms are being studied to see if they can help assess mammograms, detect precancerous tissue in the cervix, or detect cancerous moles more accurately.

To combine the power of the SRH imager with AI, the researchers began by training an algorithm on SRH-produced images of brain tumor tissue. For the training, they used more than 2.5 million tumor tissue images from 415 patients. The images covered three nontumor-tissue classifications, including healthy grey or white matter, and the 10 most common brain tumor types, which account for more than 90% of all brain tumor diagnoses in the United States.

“A major initial challenge was determining the ideal size and resolution of images to train the algorithm,” Hollon said. Once these ideal parameters were determined, the algorithm learned to classify tissue samples as definitive tumor, nontumor tissue, or nondiagnostic (meaning they couldn’t be analyzed by AI).

Testing in a Clinical Trial

To explore the clinical value of the SRH‒AI technology for diagnosing brain tumors, the researchers enrolled nearly 280 patients in a clinical trial, all of whom agreed to allow surgeons to collect additional tumor tissue beyond what would usually be collected but in a way that would not pose additional risks.

That proved to be the case. The algorithm correctly diagnosed brain tumors 94.6% of the time, while conventional pathologist-based analysis had an overall accuracy rate of 93.9%.

The extent of tumor removal can be determined during surgery as well as with a post-operative MRI scan that shows how complete the removal was. While removing as much tumor as possible during surgery can improve how long patients live, removing too much healthy brain tissue during surgery can have serious and harmful consequences for a patient, such as impaired motor function, memory loss, or vision problems.

To address this, the researchers also looked at the ability of the new technology to distinguish tumor tissue from healthy brain tissue while the patient is still in surgery.

Because tumor cells can sometimes infiltrate healthy tissues, it can be difficult to identify the border between tumor and healthy tissue with the naked eye during surgery. By breaking up each specimen image into smaller “patches,” the AI technology allows surgeons to quickly and clearly identify areas containing tumor or healthy tissue.

Using SRH‒AI technology, Orringer said, “we can … visualize tumor [cells] that would otherwise be invisible during surgery.”

And since “a patient’s prognosis is dependent on the extent of resection,” said Zaghloul, having better information on the brain‒tumor margin “could result in better treatment outcomes for patients and fewer surgery-related complications due to healthy tissue being preserved.”

The Future of AI in Brain Tumors

Before the new technology can be expanded to other centers and institutions, “robust testing with more patients and expanding the technology to include rare brain tumors are greatly needed,” Zaghloul said.

The SRH imager is being used at several major cancer centers across the United States today. Both AI and SRH imaging are emerging technologies, so there will be challenges to integrating them into care, Orringer explained, such as financial or regulatory issues as well as clinician training.

Even so, Orringer is hopeful that use of the SRH‒AI technology will expand in the future, including at centers with limited pathology resources and for potential use in a number of different cancer types.