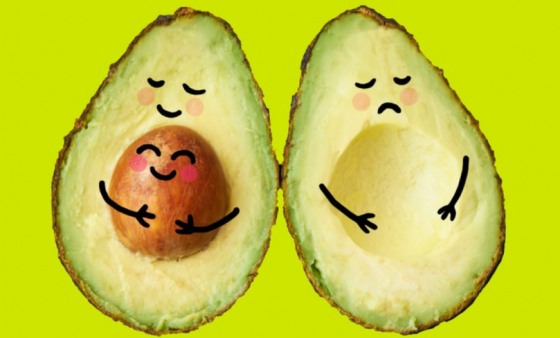 It’s a very different perspective when an option is stolen from you and not a choice you’ve made yourself.

I really wanted my next post to be a vlog and I’ve been wracking my brains for days on end about what my next topic should be.

Obviously this is not a vlog. On this topic, I needed to be clear and concise and I cant do that without thinking about what I’m gonna say and how it needs to be worded.

So I’ve brushed over this topic before but I’ve never really gone into the nitty gritty.

I’m infertile. My eggs are naff. They’re non-existent. There will be no babies.

This isn’t because of my cancer. Vaginal cancer hasn’t made me infertile and it’s not fucked me up down there. I function normally… In case you’re wondering.

Radiotherapy made me infertile. As my radiotherapy was directed in the pelvic region it didn’t just target my tumour. Radio beams hit my womb, ovaries, intestines, colon, stomach, liver, kidneys, the lot. For those of you that have never experienced radiotherapy let me just explain the effects as best I can… It burns you. After treatment you generally have a red mark where its been targeting. Or sometimes your skin peels like you’ve been sunburned. It can blister, swell, redden, peel or all of the above.

With me, by the end of my treatment from the tops of my thighs to my lower ribs front and back my skin changed colour. I went from a fair skin, that tans slightly in the sun but burns easily, to a skin that looked like it’s spent 20 days in the Sahara slicked up with oil. Without sounding racist my skin colour was a different ethnicity.

So with that on the outside, its no wonder it damaged my ovaries. So this probably brings you to the question what were my fertility options? There were none.

From the day I was diagnosed, to the day of treatment beginning, there was 3 days. I had a very aggressive tumour. It grew rapidly and with the size of it already (10 cm), they couldn’t risk any more time, in case it spread. It did, but they didn’t know that at the time and they hoped it wouldn’t. The option of harvesting any of my eggs for future IVF treatment was never on the table. It would have meant that I would have to be on a selection of hormone drugs to up my ante for egg collection. Not only that, but to retrieve said eggs it would also mean an operation and the tumour was in the way of the route they would take to collect my eggs.

At the time of being told this I didn’t care of the situation. When you’re that sick all you want is to get better. I never processed this part of treatment. I never dealt with it. I just thought logically and got on with what needed to be done.

After radiotherapy, brachytherapy (an internal form of radiotherapy — they target the tumour directly with radio beams) and chemotherapy I was then under the care of the early menopause clinic.

You can only be officially declared menopause-free when you’ve had no period for over 12 months. However I still needed to see them to see what function I had left. A simple blood test works for this to see what your FSH (follicle stimulating hormone) level is. This is the hormone that helps release the egg. My FSH was 84. I remember saying to my doctor “that’s good then?”… Umm… No. On average, it should be between 4 and 20. At 84 it means my body is trying to kick the ovaries into action. So with this, they knew that’s it. It’s HRT (hormone replacement therapy), artificial hormones to replace what my body can no longer produce.

If I didn’t take this? My body would be too screwed when I get old. Osteoporosis, brittle bones, muscle deterioration, heart disease, strokes, the list goes on. I’ve got enough to deal with already don’t I?! So I take it.

Hey, fun fact: did you know that although I’m on HRT I can still have a period if I wanted to! Not a real period, but apparently, some women who go through the menopause early feel they’ve lost a bit of their womanhood. Or naturally your body still bleeds monthly. HRT is expansive like the contraceptive pill. Actually, some use the contraceptive pill as their hormone replacement. Look-wise there’s no difference in the appearance of the pills and the packet they come in. For me, I didn’t see the use of having a period if it wasn’t doing anything. That’s one nuisance I’m glad to be rid of!

During this consultation with my early menopause doctor she asked if I had a sister. Yes, I do, I said. She smiled and said good. She explained that in the future she could be an egg donor for me. I shot that down immediately. I love my sister, don’t get me wrong but that is just crossing too many lines for me personally. Until recently I realised she asked this because the NHS will not fund egg donation. I would have to find my own donor or fund it myself… This is about £5,000+.

I’ve always had strong opinions on where I stand with such tricky areas like IVF. I just wouldn’t do it personally. I couldn’t put myself through that emotional trauma. I have nothing against IVF or IVF babies I just don’t want it for myself. So it’s never really been an option for me. I never sat down and considered it.

I’m very much a practical thinker in life. And being this way I think has helped me considerably when I’ve had to deal with such emotional situations like this. Don’t get me wrong, I am deep down to my core devastated that I can’t have my very own baby. And it hurts so bad some days when social media is covered with friends babies or pregnancies but that’s OK. I have my cry and I move on. I deal with it.

Fertility is such a hairy topic for those who go through problems, have IVF or just plainly can’t have babies.

You can’t talk to someone who’s had babies. They don’t get it. They have theirs. And you can’t talk to those who don’t have babies but still can, because they can’t relate either. My friends and family know my situation and they let me talk when I need or want to. They help. But things move on, the feeling of sadness goes at the end of the day, it’s not a topic that they will always be thinking of.

Friends please don’t stop the social media posts if you are reading this! I’m not hating on you. It’s just some days are harder than others and it’s issues I have to deal with not you.

So you may think, but hang on what about fostering or adoption? That’s a good route. And yes, I would agree. It was my option this time last year. But since then my cancer has gone metastatic when it gets to the stage 4 region (did you know I had to Google that bit? I’ve never officially been told its stage 4) you’ll never be cured from it. You have to constantly deal with the thought of it still lingering. It will come back.

I can’t put a kid through such an unstable future. You may not agree with my reasoning but this is the way my life is.

So this is the way it is. My kidless future.

It’s a very different perspective when that option is stolen from you and not a choice you’ve made yourself.

If you have any questions or I’ve not been clear on anything please feel free to message. I’m very open on my infertility and treatment.

Also, if you find you are like me, and have gone through the menopause early, then there is a great charity that can help with people who can relate: the Daisy Network.

Kudos if you have got this far! I know it’s a long post!

This post originally appeared on Happy Smiling Cancer Girl on April 11, 2018. It is republished with permission.