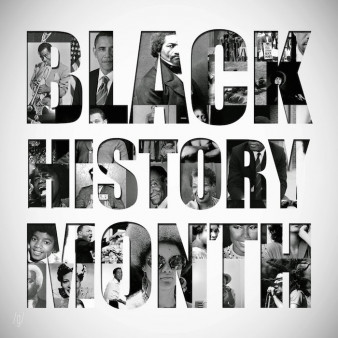 When a person of color tells you about an experience they deem racist—whether inside or outside the cancer community—don’t question them.

As I sit here thinking of Black History month and World Cancer Day, I have my favorite cellist Yo-Yo Ma playing to keep me in a Zen state of mind. I try not to let any negative or infuriatingly racially charged comments that I’ve received on my personal social media seep into heart but have a harder time when it stems from someone in the cancer community. This will be a post that I won’t be able to share in my online cancer support groups due to this topic.

Until a white person becomes a person of color, they will NEVER comprehend how many are treated by the white community and medical community. I’ve been questioned and not taken seriously or talked down to and know without a doubt it’s due to the color of my skin. Why do so many white people constantly question the validity of our experiences???

I used to have a lot of self-hate for myself. Growing up in the south and in a relatively small town where I was often the only person of color in my elementary school, church, ballet class or in a play or musical. I had horrible experiences as a child and teen that I don’t often talk about. Why? It’s because a white person will inevitably say that I took those comments the wrong way or it’s all in my head.

I remember not being invited to birthday parties because my friend’s parents wouldn’t allow him/her to have any black people over.

I remember a racist comment a religion teacher my junior year in high school made about the black sea. He said, “Why do they call it the black sea? It’s because all the black people bathed in it and made it dirty.” I remember sitting there shocked and sickened because the white kids and some of the black kids in my class laughed. Was I the only one who heard how extremely racist that comment was? Were the other black kids laughing because they didn’t know what else to do?

I remember asking a friend who had been my dance partner in numerous musicals back in the high school days at Macon Little Theatre if he wanted to go to prom with me. He immediately said yes because we always had fun on stage. Well, when he told his parents, they made him call me and say he couldn’t go because they didn’t want their son walking into prom with a black girl.

I remember going to different gynecologists here in Atlanta when I first moved back from LA and them not taking my pain seriously and just pushing birth control pills on me. When I ended up in the ER due to the severity of the pain, it turned out to be ovarian cyst that had ruptured.

I remember last year standing in line at two different pharmacies and a white mother telling her child, “See that black woman there? If you don’t be quiet, she will run her cart into you.” The first woman who said something similar at Kroger had just said “woman” but the one at Target said, “black woman.” Both were terrible because each little child will start to associate brown and black people with wanting to hurt them.

I remember being questioned about the type of breast cancer I had by the intake coordinator at the Cancer Support Community in Atlanta back in October 2015. Even though I wrote on the form that I had Stage IIA Invasive Lobular, the woman kept questioning me saying, “Are you sure it’s not Triple Negative? That’s what’s common in the African American community.” Why did I have to tell her three times that I know what kind of breast cancer I have and just because I’m black doesn’t mean I’ll automatically have something that’s common in that black community. It showed me that instead of seeing me as just a cancer patient looking for support, she saw me as an ignorant black cancer patient.

I remember posting that story in my cancer groups and some of the women blasting me for talking about race on there. They said race has no purpose in that group. Um, what?! When a white person keeps questioning the facts that I’ve written about MY type of cancer and not believing it because it’s “not common with African Americans” is beyond infuriating and racist.

I’ve seen first-hand how hate is taught. None of us are born with hate. I’ve experienced intraracial prejudice, but that is a topic for another day.

When a white person, especially in the cancer community, tells me I need to advocate for myself, I seriously lose my freaking mind. Then I try and tell myself this person doesn’t know me or know that I’m a HUGE advocate for myself and have ALWAYS been that way.

We’ve all heard the saying, “Don’t judge a book by its cover,” right? Well, don’t judge a person by their skin color. My DNA is 62% black and 38% other but all most tend to see is “just black.”

All of this to say, when a person of color tells you about a negative experience they deem racist whether inside or outside the cancer community, don’t question them. If we say it out loud or write about it, it’s because it has affected us in some way. Take it as a learning opportunity and don’t tell us it’s in our heads. You weren’t there to see facial expressions or hear the tone and inflection.

Now it’s time to blast some old school Korn and Nine Inch Nails because I’m supremely worked up after writing this. 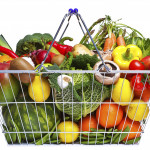