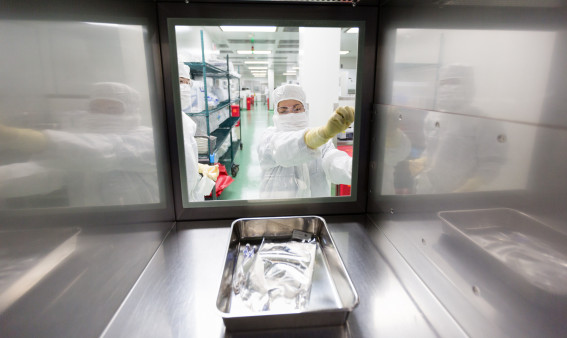 Axicabtagene ciloleucel is a chimeric antigen receptor (CAR) T cell immunotherapy.  It consists of autologous T cells that are genetically modified to produce a CAR protein, allowing the T cells to identify and eliminate CD19-expressing normal and malignant cells.

Approval was based on a single-arm multicenter trial of 108 adult patients with aggressive B-cell non-Hodgkin lymphoma. Eligible patients had refractory disease to the most recent therapy or relapse within one year after autologous hematopoietic stem cell transplantation. Patients received a single infusion of axicabtagene ciloleucel following completion of lymphodepleting chemotherapy.

Of the 101 patients evaluated for efficacy, the objective response rate (ORR) as assessed by independent central review was 72%, with a complete remission (CR) rate of 51% (95% CI: 41, 62). The duration of response (DOR) was longer in patients with a best overall response of CR, as compared to a best overall response of partial remission (PR). Among patients achieving CR, the estimated median DOR was not reached (95% CI: 8.1 months, not estimable [NE]) after a median follow-up of 7.9-months. The estimated median DOR among patients in PR was 2.1 months (95% CI: 1.3, 5.3).

The recommended dose of axicabtagene ciloleucel is a single intravenous infusion with a target of 2 x 106 CAR-positive viable T cells per kg body weight (maximum 2 x 108), preceded by fludarabine and cyclophosphamide lymphodepleting chemotherapy.  Axicabtagene ciloleucel is not indicated for the treatment of patients with primary central nervous system lymphoma.

FDA granted orphan drug designation and priority review to axicabtagene ciloleucel for this indication. Approval was granted approximately 6 weeks prior to the due date. A description of FDA expedited programs is in the Guidance for Industry: Expedited Programs for Serious Conditions-Drugs and Biologics, available at: http://www.fda.gov/downloads/drugs/guidancecomplianceregulatoryinformation/guidances/ucm358301.pdf.

Healthcare professionals should report all serious adverse events suspected to be associated with the use of any medicine and device to FDA’s MedWatch Reporting System by completing a form online at http://www.fda.gov/medwatch/report.htm, by faxing (1-800-FDA-0178) or mailing the postage-paid address form provided online, or by telephone (1-800-FDA-1088).

This announcement was originally published on the Food and Drug Administration website on October 25, 2017.