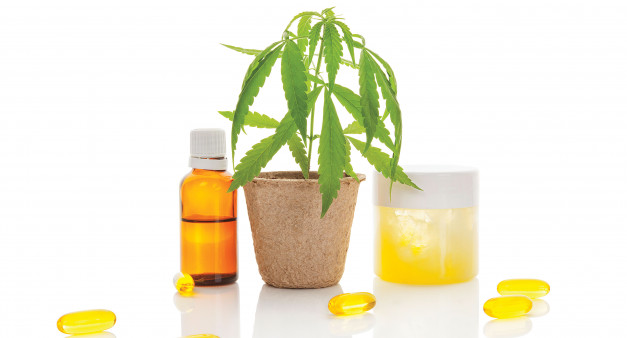 Understanding the FDA’s Temp on Hemp

If you’re living with cancer, you’re probably no stranger to pain or, most likely, to opioids.

One therapy, cannabis, has long been discussed as a legitimate therapeutic alternative, but it has been caught up in the debate over its nonmedical “recreational” use, along with its cousin, hemp-derived cannabidiol (CBD). Regardless of where you may stand on these issues, we are moving forward. The times they are a-changin’.

Yet the reality is more complicated than the sound bites, and the reality is that it’s very complicated. Nowhere is this more obvious or urgent than when it comes to the role and responsibilities of the Food and Drug Administration (FDA) and its regulation of CBD.

Last December, the Agriculture Improvement Act of 2018 (“the Farm Bill”) was signed into law. Among other things, this new law changed the jurisdiction of certain federal authorities relating to the production and marketing of hemp. These changes include removing hemp from the Controlled Substances Act, which means that it will no longer be an illegal substance under federal law. But just as important for the FDA is what the law didn’t change: Congress explicitly preserved the agency’s current authority to regulate products containing cannabis or cannabis-derived compounds, such as CBD.

Specifically, it remains unlawful under FDA regulations to market CBD products as dietary supplements, regardless of whether the substances are hemp-derived. Per the FDA, this is because CBD is an active ingredient in an FDA-approved drug (Epidiolex) that has been the subject of substantial clinical investigation. Under the Federal Food, Drug and Cosmetics Act, it’s illegal to introduce drug ingredients like these into dietary supplements. So Farm Bill or no Farm Bill, the FDA has made it clear that hemp-derived cannabidiol is not a legal dietary supplement.

According to the FDA, “We’ll take enforcement action needed to protect public health against companies illegally selling cannabis and cannabis-derived products that can put consumers at risk and are being marketed in violation of the FDA’s authorities.”

In February 2019, FDA Commissioner Scott Gottlieb, MD, announced a newly created Botanical Safety Consortium, a public-private partnership that will gather leading scientific minds from industry, academia and government to promote scientific advances in evaluating the safety of botanical ingredients and mixtures in dietary supplements. This group will look at novel ways to use cutting-edge toxicology tools, including alternatives to animal testing, to promote the goals of safety and effectiveness the agency shares with consumers and other stakeholders. No mention was made of hemp-derived CBD—but that’s certainly viewed by many as the 800-pound gorilla sitting in the regulatory corner.

According to the FDA announcement, “Our first priority for dietary supplements is ensuring safety. Above all else, the FDA’s duty is to protect consumers from harmful products. Our second priority is maintaining product integrity: We want to ensure that dietary supplements contain the ingredients that they’re labeled to contain, and nothing else, and that those products are consistently manufactured according to quality standards. Our third priority is informed decision-making. We want to foster an environment where consumers and health care professionals are able to make informed decisions before recommending, purchasing or using dietary supplements.”

What’s the relevance for the nascent but swiftly growing CBD industry? First, that its marketing plans need to be put on pause now that the FDA has stepped up to the plate. The agency carries a big stick and knows how to use it. Next, as with all FDA-regulated products, manufacturing quality and labeling integrity are joined at the hip, inseparable condiciones sine quibus non. Complying with FDA regulations isn’t easy or inexpensive and is certainly not a mom-and-pop proposition.

Many people with cancer have enjoyed the benefits of CBD oils. One study showed that CBD extract is effective for patients with advanced cancer pain not fully relieved by strong opioids. But long-term, broad-based and validated patient outcome studies don’t exist—at least not yet.

And the FDA isn’t practicing salutary neglect. Many in the cannabis community think this is regulatory creep on the part of the FDA, and maybe it is. But that doesn’t change the law or the facts on the ground. Waving away as “Big Brotherism” the important public health role of the FDA doesn’t make the agency’s position or authority any less real or relevant.

It’s time for the proponents of CBD—including many highly vocal patients, physicians, pharmacists, manufacturers and distributors—to become part of the solution and participate in the FDA’s new Botanical Safety Consortium. Remember what they say in Washington, “If you’re not at the table, you’re on the menu.”