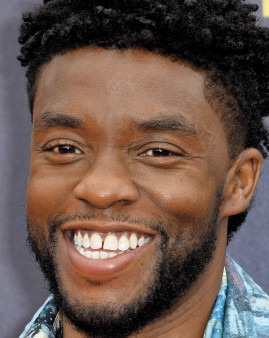 Writer-producer Will Holman made NFTs to honor his late father, Chicago Bears’ Willie Holman, and his friend, actor Chadwick Boseman.

Will Holman is a writer-producer and is the founder of the post-production company Super Star Power Productions. Having lost his dad Willie Holman, and his friend, actor Chadwick Boseman, to colorectal cancer (CRC), Will was inspired to create a non-fungible token (NFT) series in their honor that will be auctioned online starting January 10th, and proceeds from the auction will be donated to charitable causes, including the Colon Cancer Foundation  (CCF). “I wanted to honor Chadwick’s legacy and also give back to the community,” Will told the CCF in an interview.

At 46 years, Will is very aware of his personal risk for CRC. His father, Willie Holman, a football player—defensive lineman for the Chicago Bears—was diagnosed with and died from colon cancer in 2002 at age 57. His family, however, was unaware of his diagnosis. Consequently, Will has started screening himself early. He first got tested at 41 years—the recommendation is to start screening at age 40 or 10 years before your first-degree relative was diagnosed with CRC. The USPSTF recommends that all average-risk adults should initiate screening at 45 years. He is also very conscious of his dietary habits and the important connection between eating healthy and preventive wellness.

Willie Holman was from South Carolina. “A country boy who used to work out a lot but did not know much about health and wellness and what it was to take care of himself,” Will said describing his father’s lifestyle. Being aware of the lineage he carries, Will does not want himself or his children going down that same path. “My father’s experience has a big influence on my healthy lifestyle.”

The risk of colon cancer “is not talked about and dealt with, especially in the black community,” he said.  Will is also aware of the lack of access to healthy food for those living in low-income neighborhoods. Many of these neighborhoods are identified as “food deserts”: the residents in these areas lack access to supermarkets or food vendors that sell affordable yet nutritious food such as fresh fruits and vegetables. If the residents do not have easy access to transportation, they may not be able to reach supermarkets that sell fresh food and may have to depend on their corner grocery store that sells processed foods that may not be healthy. Research has shown that survival is worse among colorectal cancer patients living in food deserts.

By paying homage to both his father and to Boseman through his digital art pieces, Will hopes to give back to the community via his charitable contribution to CCF.

The NFT collection is available on Opensea and the individual links are below:

This post was originally published on January 10, 2022 by the Colon Cancer Foundation. It is republished with permission.