Adam with his fifth “cranniversary” cake on May 26, 2021 Courtesy of Adam Hayden

Five years ago, two surgeons partnered to remove the majority of a 71mm primary brain tumor from my medial right parietal lobe.

Wednesday, May 26, 2021 is my five year craniversary: Five years after my awake brain surgery in 2016, called a craniotomy, when two surgeons partnered to remove the majority of a 71mm primary brain tumor from my medial right parietal lobe.

What all that means is that a mass the diameter of a baseball grew itself into a tumor located in the part of the brain that controls motor movement, sensation, and knowing where my limbs are in space for the opposite side of my body. You can touch the parietal lobe, on the outside of your head, if you begin by placing your fingers above your ear and move your fingers upward.

My head was held in place with three screws drilled into my skull like an Ikea bookshelf. These are my “divots,” I call them, the deep indentations left by the screws that threaded through the clamp that was bolted to the operating table. These indentations surround a large C-shaped scar across the top of my head, where my head was shaved, scalp cut open, and a large piece of skull removed. “Why is there a ‘C’ on your head, Daddy?” our youngest, Gideon, asked one day, tracing the scar with his index finger. 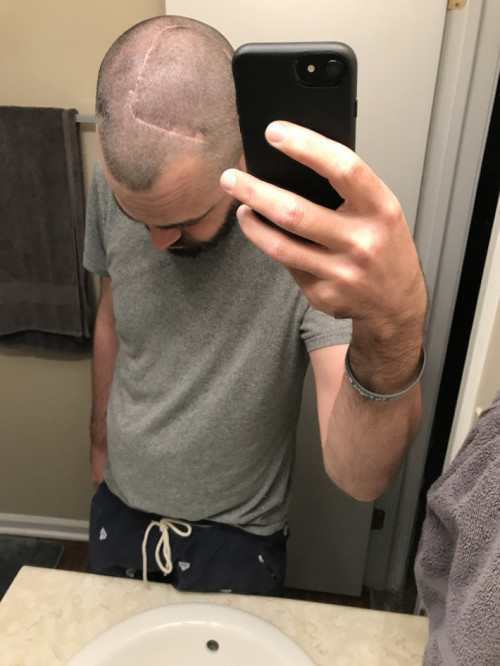 Adam’s craniotomy scar: “Why is there a big ’C’ on your head, Daddy?”

I watched a monitor in front of me displaying the surgeon’s gloved hands while they cauterized and cut away a pink-brown brain tumor, while giving me commands to wiggle my toes, raise my arm, recall these numbers, and report the sensations that traveled up and down my body. The surgeon stimulated my brain with a small electrode that reminded me of a Bic ballpoint pen, and after each report or involuntary movement, the surgeon placed a small label on my brain to map the functional areas to mitigate permanent damage, while they removed tumor. My brain was dotted with these small labels, like what you’d find in an anatomy textbook.

“This is just as fascinating as I thought it would be!” I reported to the nurse, who called out to the waiting room on the hour during surgery, so that I could report my status to my family. “That sounds like my Addy,” Whitney replied.

Imagine that you were in that waiting room, while your partner or spouse lay on that operating table. When I recognize five years after my craniotomy today, it also means recognizing five years after Whitney became my caregiver. Our lives individually and our lives together would never be the same after they rolled my gurney away from Whitney in a small, pre-op room to take me to surgery. Acknowledging that I am a five year brain tumor survivor means acknowledging that Whitney is a survivor, too, and while you may daydream of the future when you and your partner grow old together, Whitney plans for a future of increasing care responsibilities. 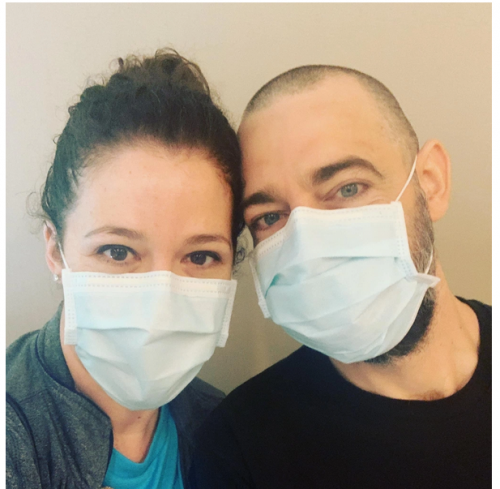 Two or so weeks after surgery, on June 10, 2016, Whitney and I were picked up in a medical transport van from the inpatient acute rehab facility, where I was (literally) under lock and key: a locked brain trauma unit, where I’d trade my freedom for the benefit of intensive occupational and physical therapy, under the care of a team of rehab therapists with a specialty in recovering function lost after traumatic brain injury, stroke, aneurysm, and, yes, brain tumors. The van dropped us at the Indiana University Neuroscience Center, where our neuro-oncologist gave us the diagnosis: glioblastoma. 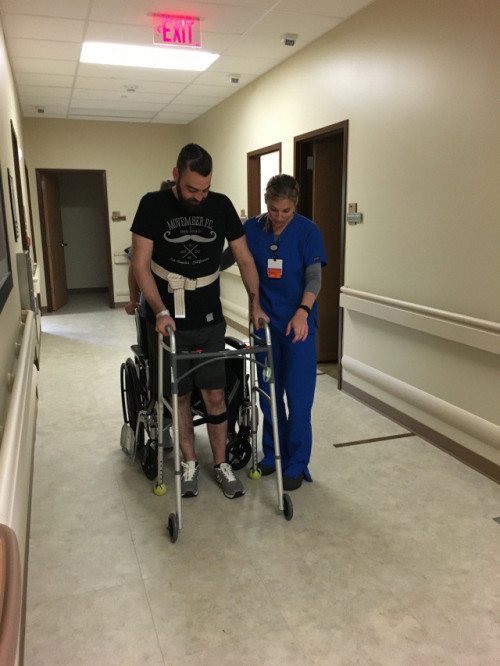 “But you have many positive prognostic indicators,” my oncologist said.

That was a more cheery delivery than the radiation oncologist who asked plainly a couple weeks later, “You do know that you’re going to die from this, don’t you?”

I am one of the lucky ones, but that luck is due only to random biological mutation that conferred a slightly better survival profile thanks to certain genetic markers that renders my tumor more responsive to treatment than those without the same mutations. But being lucky in this category of generally unlucky people who developed brain tumors is small comfort, and it’s important to be clear what we’re talking about: I was 34 years old at diagnosis, and I turned 39 years old this April. When we celebrate five years with glioblastoma, we’re celebrating that an otherwise healthy male lived to his late 30s. And so, on the one hand, yes, I’m one of the lucky ones, and that’s worth some bubbly, but I’ll be back in the MRI machine in July.

Only 5% or so of GBM patients live to see this milestone. Most of my friends in the brain tumor community have racked up multiple surgeries, compared to my one. I’ve lost many friends to this disease along the way, and while those who survive them lament their passing after mere months with the disease, I go on living, now for five years. I’m the outlier, and it’s hard to feel too celebratory, when every week or two I hear that someone else in my growing social network of patients and loved ones has died from GBM.

Yet I acknowledge that those of us with longer term survival owe something to our community: to stand as a beacon of survivorship. It’s not hope that I have for the future, which is not to say that there is no reason to be hopeful, but hope doesn’t keep me going, that motivation comes from a call for usefulness.

“Be useful,” my grandmother often said. That’s what I am up to these days, trying to be useful.

I’ve wondered for a week what I’d write on this day, but just as senseless as this disease is, trying to make sense of it today escapes me. Something else is less opaque: How can I be useful? And so, I’ll put one foot in front of the other, well, maybe one cane step, in font of one foot, in front of the other. Whatever it is that each of us is facing, we don’t need perfect clarity to take the next, best step. Sometimes our thoughts drive our actions, and sometimes our actions drive our thoughts. I can wrestle with five years of survivorship – the joy, the anxiety, the uncertainty, the celebration, and the distress – and that wrestling is good. I can also hug our kids, thank Whitney, write a post, and keep showing up.

Folks often ask me, “What’s my secret,” and I have in mind especially my newly diagnosed friends and their families. The biggest secret is that there is no secret: That I am young, that I am otherwise healthy, that I have access to healthcare and the resources to meet out of pocket costs to continue treatment, and that my tumor happened to mutate in a certain way to respond to therapy – those are the secrets, and each of those things are completely out of my control. It’s less secret than circumstance.

I’m so thankful to Whitney for all that she does, from working several jobs to being the only driver in our household. I’m thankful to my parents who are the surrogate second drivers for our boys’ busy activities and my appointment schedule. I’m thankful to my in-laws for the same, and I acknowledge for them that seeing Whitney’s life unfold to be one of caregiving cannot be easy. My siblings, my friends, my coworkers, neighbors, and my care team all deserve thanks for the support, and to those editors, conference organizers, and selection committees who affirm that giving me the chance to tell my story is important, thank you.

Here’s to five. Here’s to the next, best step.

This post originally appeared on Glioblastology on May 26, 2021. It is republished with permission. 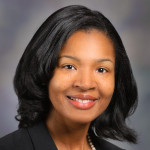