“The Undying” by Anne Boyer Courtesy of Farrar, Straus and Giroux

In her memoir “The Undying,” poet and essayist Anne Boyer refuses to be upbeat.

Deep in October, when the world is awash with breast-cancer-awareness-month stories meant to inspire, it’s bracing to read The Undying, one woman’s account of her breast cancer that is so honest it feels like a solvent, disintegrating a thousand layers to get to her brutal truth. Anne Boyer’s prose is poetic, fiery, distilled, angry, uncompromising. “I was corroded, I was mutilated, I was uncertain,” she writes. “I was not okay.”

Instead of inauthentic inspiration, she reveals the many ways that for-profit medicine and corporate-infused media conspire to make women who are very sick feel that they are supposed to behave in prescribed manners. “We are expected to keep our unhappiness to ourselves,” she writes, “but donate our courage to everyone.” 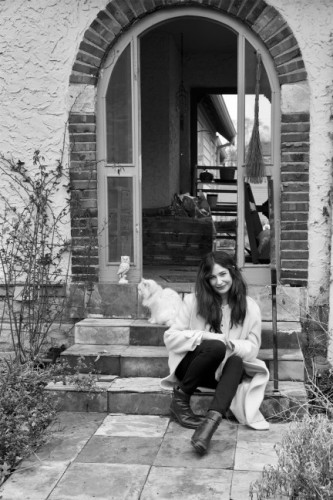 Anne Boyer, poet, essayist and author of The UndyingCourtesy of Farrar, Straus and Giroux/Cassandra Gillig

She rebels against that particular form of women’s work. “I do not want to tell the story of cancer in the way I have been taught to tell it,” she confesses. “The way I have been taught to tell the story is a person would be diagnosed, treated, either live or die. If she lives, she will be heroic. If she dies, she will be a plot point. If she lives, she will say something fierce, her fierceness applauded, or perform the absolutions of gratitude, her gratitude then praised.” But dying of breast cancer, she makes clear, is evidence of neither weakness nor moral failure.

Boyer is not trying to make anyone feel better—especially the well. She writes for people with cancer, and she digs relentlessly for truth. “Once my hair is gone, once I can no longer taste my food, once I have passed out while shopping for a bread knife in Ikea, once the ex-lovers have all visited to make one last attempt to get me in bed, once the generous humiliations of crowd-sourced charity have assured me of months of organic produce, I have become a patient.”

While she suffers, she experiences the pink world of October in a darker light. “Every month is Pinktober when you have breast cancer, and every actual October is a season in hell. The world is blood pink with respectability politics, as if anyone who dies from breast cancer has died of a bad attitude or eating a sausage or not trusting the word of a junior oncologist. After my chemotherapy seems to work, people say how they knew that I, of course, would survive, as if I were someone so special and strong and all the others weren’t.”

In the world of cancer, “listening to patients” is what everyone says they value. What The Undying demonstrates is how powerful it can be when a poet and essayist—turned patient—truly listens to herself. In the end, Boyer survives, although she refuses to call herself a “survivor” because it feels like a betrayal of those who’ve died. “But I’ll admit,” she writes, “that not a day passes in which I am not ecstatic that I still get to live.”