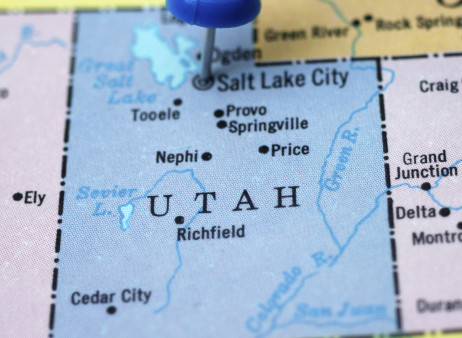 An unexpected conversation about my PSA test results, and my long overdue vacation trip to Utah’s national parks.

A few weeks ago, I ran into the radiation oncologist that I spoke with a while back outside the hospital where we both work. We started chatting and he recalled our conversation in the office and asked how I was doing.

I filled him in on my latest PSA results (0.14 ng/ml) and my PSA doubling time (48.9 months), letting him know that we punted the ball down the field until December to see what the next PSA would be. I could tell from his reaction that he would have been less supportive of that call. His preference is to start zapping at 0.10 ng/ml. But he also went into the discussion about how each case is unique and how each patient has a different risk tolerance level.

We also talked about some of the longer-term side effects of salvage radiation therapy, and he confirmed that some of my urinary incontinence and ED issues could worsen post-radiation.

As I said, the plan is to get my next PSA taken just before Christmas with the follow-up appointment scheduled 5 January 2021.

A while back I was checking my pay statement and noticed I had over four weeks of vacation on the books, which surprised me to a degree. Of course, with a global pandemic, I really didn’t have any opportunity to travel with pretty much everything locked down here in the United States.

I decided, though, that it was time to go on a trip, pandemic be damned. It had been nearly a year since I went anywhere.

The best way to be responsible in my travels was to load my camera in my car and head to some remote locations in a few of our national and state parks. That’s what I did and I was able to very easily maintain social distance 90+% of the time.

So I took a trip into Utah to visit its national parks—four of which I had never been to before. You can check out the details and photos of the trip here:

This post originally appeared on Dan’s Journey through Prostate Cancer on October 11, 2020. It is republished with permission.