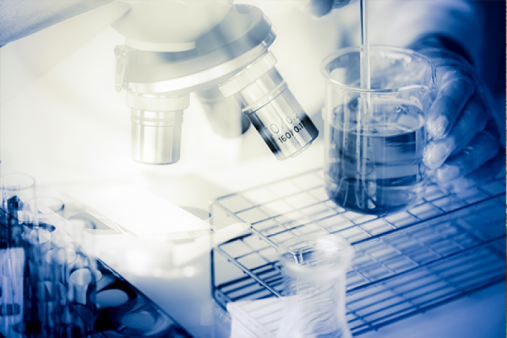 New goals and time for personal reflection; the start of a year is an exciting time for many. It is also an action-packed time for the Melanoma Research Alliance’s grantmaking process. As the Scientific Program Manager at MRA, I get a front row seat as we do our part to drive towards breakthroughs in the diagnosis, treatment, and prevention of melanoma.

The most recent request for proposals, issued last fall, marked the start of MRA’s tenth grant cycle. And, while it’s only been two years since I first stepped into my role, MRA’s newest grant cycle is definitely something to be excited about. This year, in an effort to attract and support more early-career female researchers in cutting-edge melanoma research, we’ve sponsored a Young Investigator Award for Women in Science. We also offered special opportunities this year for European-led teams in partnership with the Rising Tide Foundation, and research aimed specifically at acral melanoma and immunotherapy benefits. Our esteemed Grant Review Committee has already begun reviewing proposals that have the potential to be field altering and life saving for people affected by melanoma.

From partnering with the American Cancer Society to address immunotherapy adverse events to raising over $20 million at MRA’s biennial Sotheby’s gala, 2017 marked a year of incredible progress and set the stage for catalyzing strategic, collaborative, and accountable research efforts. A few days ago, the last deadline for this year’s proposals were due. Hundreds of proposals have been submitted by applicants vying for a share of the more than $11 million we plan to award through this process.

Over the next few weeks, MRA’s science team will have our heads down gearing up for the face-to-face meeting of MRA’s Grant Review Committee in late February. This meeting is a marathon of a day, and it is very exciting. Especially knowing that we are one step closer to funding the best and brightest melanoma researchers. At the meeting, I’ll be busy managing—in real time—conflicts of interests and later finalizing notes from the discussions. Then, with most of the hard work behind us, our Board of Directors will discuss and then approve the recommended awardees. Finally, we will publicly announce the next slate of grantees and finalize the process to get the funding out the doors.

To me, the most exciting aspect of the year ahead is that this cycle will bring our total donated to date to over $100 million. That’s $100 million in funding that goes to the best and brightest scientists who are doing pioneering work in melanoma research. We know that melanoma is a considerable foe and this funding milestone marks MRA’s dedication to advancing our mission of ending death and suffering due to melanoma. It is truly an honor to be part of this.

This article was originally published by the Melanoma Research Alliance. It is republished with permission.