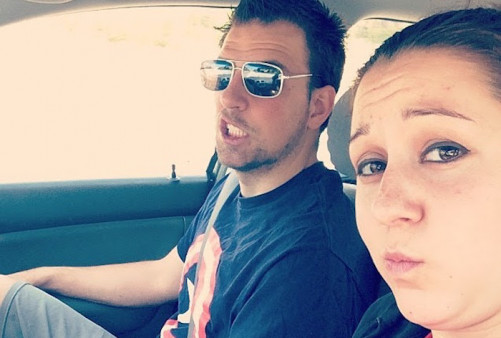 A college friend responds to my testicular cancer diagnosis.

As I take a look back at the past year, it feels as though I’ve been living in a fairy tale. I got a teaching job in my hometown, I moved in with my boyfriend, Drew, we got a dog, and just recently got engaged. I began my second year of teaching in my new school, and everything was going great. Then one evening I received a text from Justin that we needed to talk about something serious. While it isn’t rare that we talk about serious things, it’s always a big deal when a conversation starts that way. He told me he found a lump that hadn’t been there before and he was really worried. Now, for those of you who know Justin, it’s very rare that he’s actually worried about much, so this was a big red flag for me. We talked through it, and I of course nagged him about not seeing the doctor sooner while we jokingly tried to play it off like it wasn’t a big deal.

I impatiently waited for results, to of course find out that there needed to be an ultrasound (which wasn’t being scheduled nearly fast enough for me). Ultrasound results came back and yet another step stood in the way of getting a real answer. By this point, I was panicking!! I’m also pretty sure I was the most annoying person in the world constantly wanting an update and demanding to know why the doctors weren’t making things happen sooner. Waiting patiently is not a strong point of mine and time seemed to be flying by without enough answers and results.

Finally, one week after his first text, I received the worst text I have ever gotten in my life. “It’s testicular cancer. They have to remove my testicle.”

That quickly, my fairy tale was over. Everything felt like it came to a sudden stop and nothing felt real. I read over the text again and again and double-checked that I was texting the right person. No matter how many times I read over it, the text was the same. How could this be happening? My best friend has cancer. The guy I made it through student teaching, moving to a new state, and the first year of teaching with has cancer. We’re 25 and not nearly old enough to have cancer, yet he has cancer. This can’t be happening. I launched into a million questions wanting to know what the next steps were, how soon until anything happened, what are the chances of survival, and so on.

Two days later, he had surgery. I waited impatiently (yet again) to hear how he was doing from Mallory. After what felt like an eternity, she texted saying he was out of surgery, it went well, and the doctors were pleased with how it went. A few hours later, Justin texted me that he was awake. Again we played a waiting game of finding out the results of the biopsy. Finally, he got the official results: It was cancer. About a week later, he discovered it had spread to his lymph nodes and he would need chemo. As if it wasn’t bad enough that he had cancer, he had aggressive cancer and would need intense chemo to help get rid of it.

So his treatment has started, and in true Justin fashion, he took to social media to share his fight. I’ve never known Justin to take any sort of setback without a fight, and now he is helping other people to prevent this terrible disease. While this whole process has been an up and down struggle, I’m happy to say that my sarcastic, inappropriate, and very crude best friend has not lost the things that have always made him Justin (other than his hair, but we don’t talk about that). I hope to continue this fight with him as he overcomes all of the obstacles that cancer has presented him. And kudos to Mallory for taking care of him and putting up with Justin just being Justin!

Sam and I did our student teaching together. Soon after graduation, we both happened to get jobs in the same town, so we decided to live together. Although she moved back to PA (which had nothing to do with living with me), we still have remained very close over the years.