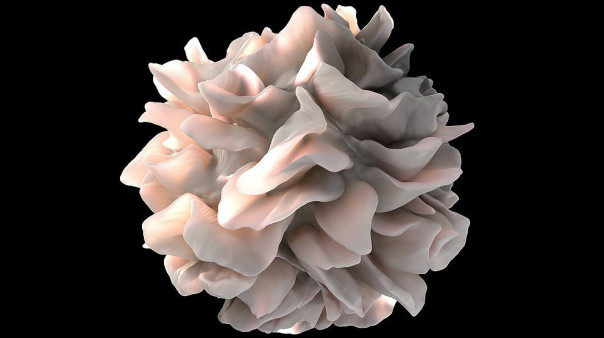 The lead researcher called the results “tantalizing, but not yet good enough.”

In a small clinical trial, the combination of low-dose radiation and a compound that stimulates the immune system shrank tumors in most patients with slow-growing (indolent) B-cell lymphomas.

Even though the compound, called SD-101, was injected directly into a single tumor (a procedure called in situ vaccination), tumors elsewhere in the body frequently shrank as well, indicating that the immune-stimulating compound helped to induce a body-wide, or systemic, immune response.

The findings were published August 28 in Cancer Discovery.

No serious side effects were reported during the trial. Although limiting treatment-related side effects is always important, the study’s lead investigator, Ronald Levy, MD, of Stanford University, explained that it’s particularly important in people with indolent lymphomas, because they usually live for years after diagnosis without their cancer progressing or causing serious symptoms. If patients are going to receive treatment before symptoms arise or any evidence of their disease progressing, Levy added, it shouldn’t negatively affect their quality of life.

Christopher Melani, MD, of NCI’s Center for Cancer Research, who was not involved with the trial, noted that the trial’s findings were promising. He explained that a small number of people with indolent lymphoma do go into remission spontaneously.

“But the degree of responses seen with this combination of the vaccine and radiation was much higher than would be expected by either spontaneous remission or focal radiation therapy [alone],” he added.

Instead of Watching and Waiting

Slow-growing, low-grade B-cell lymphomas can include subtypes such as follicular lymphoma, marginal zone lymphoma, and cutaneous B-cell lymphoma. No current treatments can eliminate these lymphomas entirely, explained Levy. Available treatments, including chemotherapy and targeted therapies, can only slow disease progression.

Because the available treatments can have side effects, doctors often suggest a “watch and wait” approach for people with indolent lymphoma who aren’t experiencing symptoms. In this approach, treatment is delayed until symptoms worsen or imaging shows that the cancer is progressing, said Melani.

Studies have not shown that giving these therapies early, before an indolent lymphoma progresses, extends how long patients live. But “it can be hard for some patients to be diagnosed with a cancer and be told ’we’re not going to do anything about it yet,’” he added.

For their trial, Levy and his colleagues enrolled 29 patients with indolent B-cell lymphomas whose tumors were being monitored but not treated. Most participants (21) had follicular lymphoma.

All participants received a low dose of radiation to their largest tumor, followed by injections of SD-101 into the same tumor once a week for 5 weeks. This process is called in situ vaccination because the injections are given directly into the tumor tissue.

SD-101 contains a synthetic version of a substance that is released by the immune system during an infection by some bacteria or viruses. When immune cells called dendritic cells detect SD-101, they undergo a maturation process and alert other immune cells to the presence of a threat.

The delivery of radiation to the tumors before SD-101 is injected destroys some of the lymphoma cells, causing them to release proteins that can be identified by the immune system (called antigens). Dendritic cells, alerted by the presence of SD-101, can take up these antigens and show them to other immune cells, which then travel through the bloodstream and identify and kill lymphoma cells elsewhere in the body.

The trial was funded by NCI and Dynavax Corporation, the manufacturer of SD-101.

Because radiation alone is known to shrink low-grade lymphomas, all participants were expected to receive some benefit from the treatment, explained Levy.

Patients whose tumors shrank tended to have an increase in two types of immune cells involved in attacking tumor cells and a decrease in a type of cell that can suppress the immune response.

The most common side effects after the SD-101 injections were flu-like symptoms, including chills, headache, and fever, that lasted for a day or two. No serious side effects were seen. One patient discontinued treatment because of a fever and confusion, which improved quickly after treatment was stopped.

Finding the Best Combinations for Immunotherapy

These results “were tantalizing, but not yet good enough,” said Levy. Only about 25% of participants had their tumors shrink substantially. “We think we can do better by adding additional immune-stimulating agents to the platform that we’ve established here,” he continued.

Other researchers are investigating the in situ vaccination approach in other cancer types. In another small clinical trial published alongside the lymphoma study, tumors shrank in 7 of 9 patients with advanced melanoma who received the combination of SD-101 injections and the immune checkpoint inhibitor pembrolizumab (Keytruda).

Other ongoing studies are also testing different immune-system stimulants—injected into tumors or given through the bloodstream—in other cancer types. “We’re still trying to figure out the best [treatment] combinations for immunotherapy; it’s a very active area of research,” concluded Melani.

This post was originally published on September 26, 2018, by the National Cancer Institute. It is republished with permission.