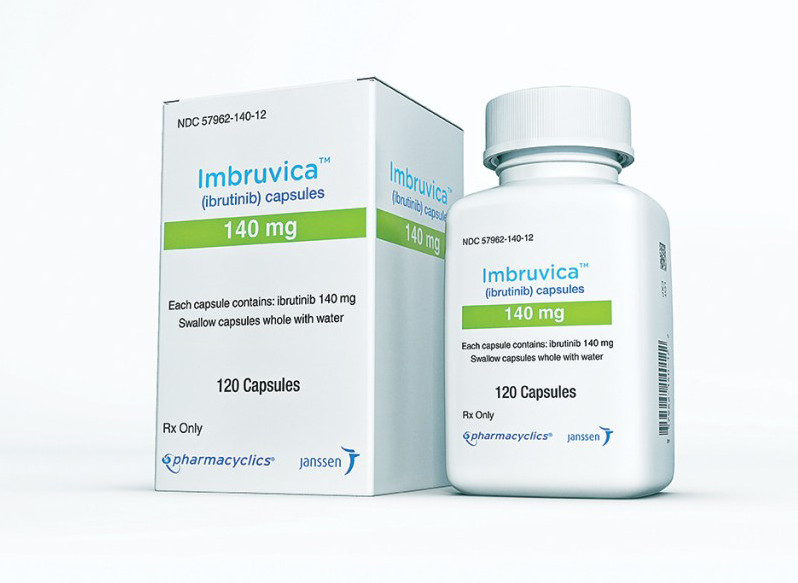 Imbruvica inhibits Bruton’s tyrosine kinase (BTK), which plays a role in maturation of B cell, which grow out of control or do not function normally in people with leukemia or lymphoma.

Imbruvica is taken as a once-daily pill, available in both tablet and capsule formulations.

Common side effects include diarrhea, nausea, muscle pain, fatigue, fever and skin rash. Imbruvica can cause depletion of white blood cells (neutropenia) and platelets (thrombocytopenia), which can lead to infections and easy bleeding. Potentially serious side effects include heart rhythm abnormalities and tumor lysis syndrome, or metabolic abnormalities that can occur when many cancer cells are killed at once. It has been associated with increased risk of developing other cancers.