“How Do You Care for a Very Sick Bear”? by Vanessa Bayer Feiwel and Friends/Macmillan Publishing Group

This Children’s Book Shows How to Help Anyone with Cancer

“SNL” alum and cancer survivor Vanessa Bayer has written a book with lessons for kids—and adults.

You and your friend Bear are a very nice pair.

So begins Vanessa Bayer’s children’s book, How Do You Care for a Very Sick Bear? As a childhood cancer survivor, the comedian wanted to show kids—and adults, for that matter—how to be a good friend to someone who has cancer.

Her main message: It’s not about giving them space. It’s about being there.

How do you care for a very sick bear?

Bayer (sounds like Bear, get it?), 37, is best known as a cast member of Saturday Night Live from 2010 to 2017. But when she was 15, during spring break in ninth grade, Bayer was diagnosed with acute lymphoblastic leukemia, a form of leukemia that is particularly common in children and adolescents. She underwent intensive treatment for nearly a year and follow-up treatments for the next year and a half, finally ending chemotherapy the summer before her senior year of high school. She celebrated with a party in the backyard of her family’s home in Cleveland. “My brother’s band played in the backyard, and the police came and busted us up,” she told the audience at a book reading at the Strand Bookstore in New York City. “They thought we were doing underage drinking, but we were just having an end of chemo party.” 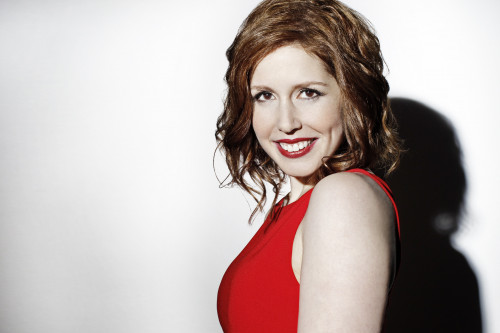 The support of her family and friends during that time “really changed the experience for me, and that was wonderful for me,” she told the Strand audience. But she knows it can be hard to befriend someone who is ill—and easy to avoid seeing them. “A lot of people don’t know what to do,” said Bayer. “People say, ‘I want to leave them alone’ or ‘[I want to] give them space’. Adults do that too. But the best thing to do is to reach out to them, and if they are not up to playing or hanging out, let them tell you that.”

But seeing you and having you near helps her feel better.

And that helps you, too.

Bayer also credits humor with getting her through. “My dad was very funny,” she told the crowd. “We’d do a lot of impressions of the doctors and nurses in the hospital. We’d joke with my brother.” And she’d joke with her friends, who stuck with her and with whom she remains close to this day. “I lost my hair and wore a wig. My big joke to my friends at the time was, ‘You think you’re so cool because your hair is real.’ We laughed so much then—I think in retrospect that’s why I went into comedy.”

How Do You Care for a Very Sick Bear?, by Vanessa Bayer, is illustrated by the British artist Rosie Butcher and published by Feiwel & Friends, an imprint of Macmillan Publishers. It is widely available in bookstores and online.